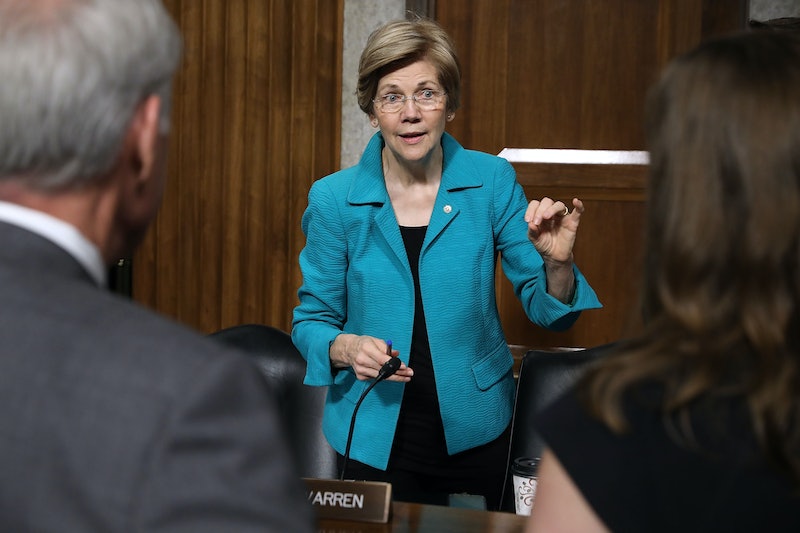 One of President Trump's most vocal senatorial critics has announced her State of the Union (SOTU) guest. Elizabeth Warren is bringing Jean Bradley Derenoncourt, the first Haitian to hold elected office in Massachusetts.

"I'm honored that Jean Bradley will be my guest for the State of the Union. His story embodies American values of hard work, service, and persistence," Warren said in a statement. "After the earthquake tore through Haiti, Jean Bradley didn't lose hope. Brockton became his home — and he dedicated himself to fighting for a Massachusetts that works for everybody."

Derenoncourt was born in Port-au-Prince, Haiti and grew up on the Haitian island of La Gonave. He immigrated to the United States after the devastating 2010 earthquake. Since then, the 27-year-old has attained U.S. citizenship and begun a career in politics. In November, he made history when he was elected to city council in Brockton, a city just south of Boston.

"I’m excited about it," Derenoncourt told The Enterprise, a local news outlet. "I think it’s a wonderful opportunity to truly show that, in Massachusetts, we work together. For me to be chosen is an amazing thing... Coming here as a young kid from Haiti, not knowing English, it means a lot. It truly shows the values of Massachusetts and the greatness of our country.”

According to a press release issued by Warren's office, Derenoncourt has a storied history working in the public sector. First working as a dishwasher at a local restaurant, Derenoncourt interned for former Brockton Mayor Linda Balzotti, the city's first female mayor. He also interned for former Massachusetts Gov. Deval Patrick, working in Constituent Services. When he is not fulfilling his duties as City-Councilor-at-Large, he also works as a staff member for Massachusetts State Sen. Michael D. Brady.

Derenoncourt's presence at Trump's first SOTU will carry several layers of symbolic weight, particularly considering the president's America-first agenda, which has thus far mobilized anti-immigration rhetoric and policy. Of particular relevance will be the president's reported derogatory comments about Haiti.

On Jan. 11, Trump reportedly described Haiti, El Salvador, and African countries as "shithole countries." According to multiple reports, during a meeting to discuss immigration, he asked, "Why do we want all these people from 'shithole countries' coming here?" He also allegedly said he'd prefer immigrants to the United States come from countries like Norway.

In his interview with The Enterprise, Derenoncourt derided the president's alleged statements, describing them as a "disgrace." In contrast, he said, Elizabeth Warren supports the type of upward mobility that America prides itself on.

"I believe Sen. Elizabeth Warren chose me because she believes in giving everyone a chance," he said. "She believes in the American dream, and improving the life of everyone."

Derenoncourt further described her as his role model. "I follow her politics and embrace her message. She means what she says and has the courage to stand up for everyone."

Trump's SOTU address begins at 9 p.m. EST on Tuesday. At least twelve lawmakers, plus Supreme Court Justice Ruth Bader Ginsburg, have announced they are boycotting the event. Many said that they could not in good conscience pretend to support a president whose policies and actions they vehemently disagreed with. In lieu of attending, some have made alternative plans to spend time with constituents or give talks at private functions.

Other officials, such as Sen. Warren, have chosen to utilize their guest seats as political protest. Democrats are not the only ones though. Republicans, too, are bringing guests that symbolize their own political beliefs. Trump, for his part, is bringing an ICE agent, a police officer, and parents whose children were killed by members of the MS-13 gang, among others.