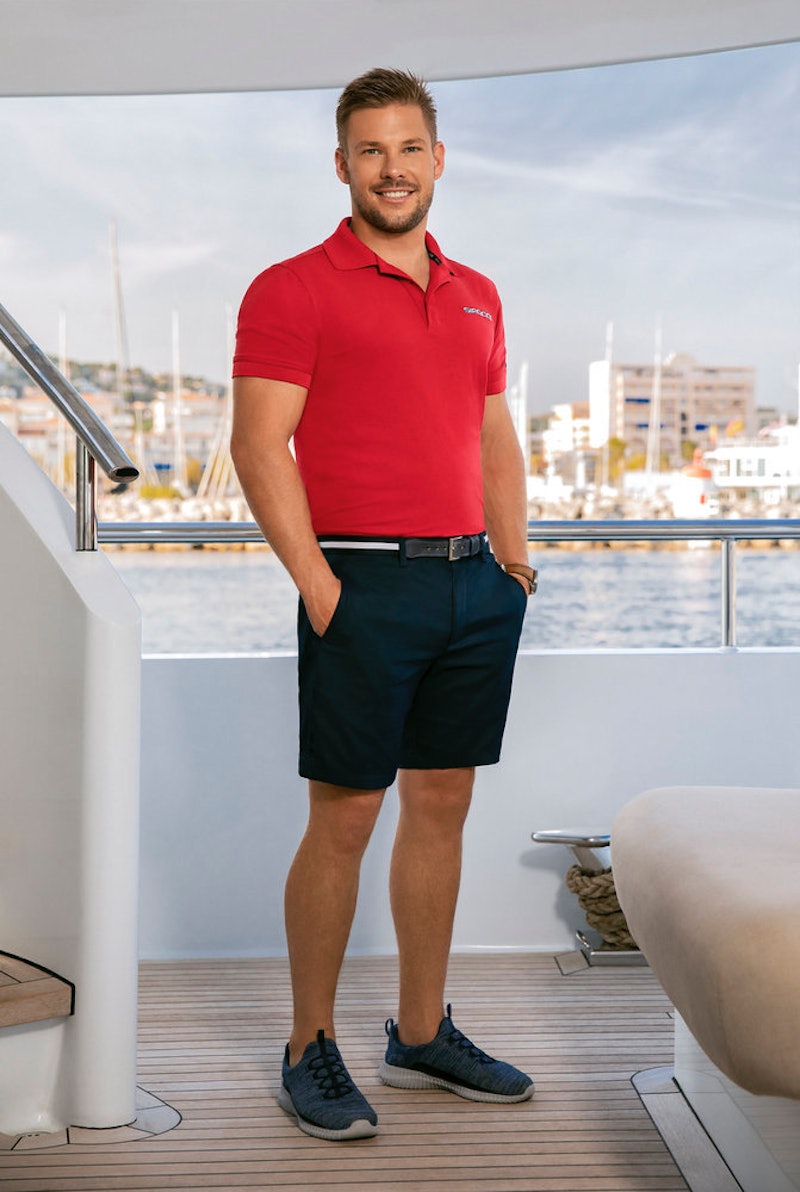 Below Deck Mediterranean chronicles the lives of crew members on a yacht. They deal with difficult charter guests, but that's only part of it. It's the crew members' personal lives that really has fans hooked hooked. After a love triangle with Brooke Laughton and Kasey Cohen during Season 3, João Franco is dating someone else in 2019, or at least that's a logical conclusion to draw based on social media posts.

Since November 2018, the Season 4 bosun has been posting photos with a woman on Instagram that he tagged as Michelle Dicu. After the back and forth between Kasey and Brooke during Season 3, João and Brooke decided to get into a relationship, which lasted up until they filmed the reunion. During that cast sit down with Andy Cohen, Kasey revealed that João never stopped contacting her, even while he was exclusively dating Brooke.

It's not super clear if João and Brooke rekindled their flame after the Season 3 reunion or not, but on the Season 4 premiere episode, João claimed, "Things seemed perfect, but I found out she cheated on me."

In a May 30 interview with People, Brooke refuted the infidelity claims. She stated, "Although it initially hurt to hear João blamed our relationship break down on a false claim that I cheated on him, it is very true to his character and allows him some relief for his ego."

João seems to past all of that now. In November 2018, he shared a photo of himself paddle boarding with Michelle. However, he did include the hashtag "friends" in the caption, so maybe they were not actually dating at the time.

Just a month later, João shared two photos with Michelle. This time he swapped out the hashtag "friends" and replaced it with "love."

João and Michelle even spent Christmas together... on the beach, which is very fitting for someone who works in yachting. Even though João's initial social media post described his bond with Michelle with the word "friends," his feelings were very clear with a caption he shared on Instagram in February. He described her as the "girl of [his] dreams."

Joao did not mince words with his Valentine's Day post. He completely gushed over his girlfriend.

Since Michelle has a private Instagram, the only source of information is João's account. However, they do have at least one thing in common: thriving on boats. In June, João posted photos from their fishing trip in Florida.

On June 17, João declared that he and his girlfriend were "relationship goals."

We don't know much about João's new relationship, but based on social media, it does seem like the two of them make a lot of time to see each other. After all, they have been in photos together once a month since November.

However, she does have a private account, which is probably a good call considering how avid the fans are when it comes to the Below Deck Mediterranean cast members and their personal lives.