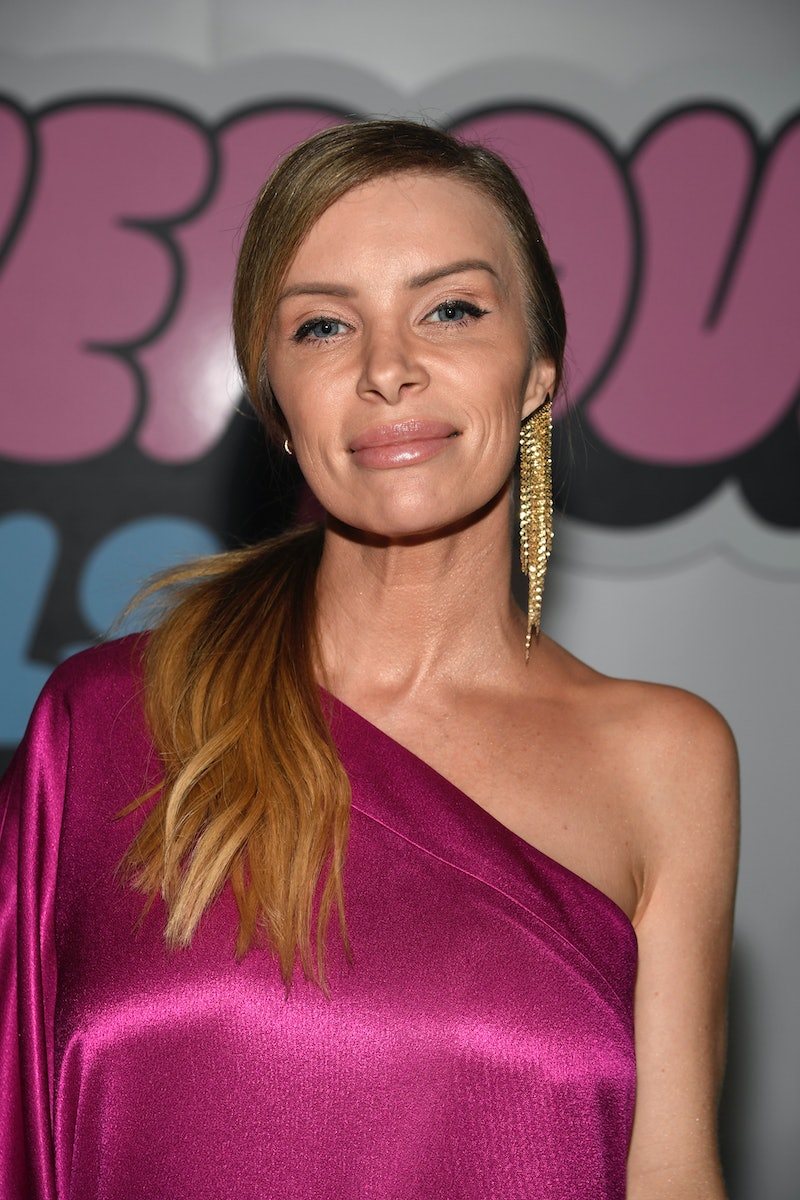 It's so nice to see some familiar faces back on TV every Monday night when The Hills: New Beginnings airs its new episodes. It's also intriguing to see all of the new people in their lives. On the July 15 episode, Audrina Patridge's friend Joey Tierney makes some surprising claims about the nature of Stephanie Pratt and Justin Bobby Brescia's relationship. Spoiler alert: she thinks that they are more than just friends.

Backtracking a bit, Audrina told Stephanie that Justin kissed her after she attended a concert with him, Jason Wahler, and Jason's wife Ashley. Stephanie carried that bone back to her new confidante Justin, who flat out denied the kiss. Unfortuantely, the cameras didn't capture this moment, so it's a case of he "he said, she said." Or "they kissed, they didn't kiss."

While Audrina confronts Justin for what he said to Stephanie, the Wahlers, Mischa Barton and Audrina's friend Joey discuss the situation. After Ashley gives Jason a recap, Joey picks up a spoon and stirs the pot. She declares, "[Justin is] a liar and do you really trust Stephanie? And who do you think Stephanie's sleeping with?"

Just in case her insinuation wasn't clear enough, she even emphasizes, "Yeah, I'm really saying that." But, how would she know? Well, for starters, the description under her name does say "Audrina's Best Friend." So, does that mean Audrina is in the loop about this alleged Stephanie and Justin hookup? Oh, the drama.

That is definitely a standout scene for Joey, but it wasn't her first appearance on The Hills: New Beginnings. Ironically, during the second episode, she helps Audrina look through potential outfits to wear for that alleged kiss with Justin, I mean, the double date with Justin, Jason, and Ashley.

In one of her confessional interviews from that episode, Audrina explains, "I'm a very private, guarded person and I have my bubble of friends that I can trust and can confide in. Joey is my best friend for over ten years. She's also my stylist."

And she's not just Audrina's stylist. She has worked with some major celebrities. According to Joey's official website, she has styled Britney Spears, Kristen Bell, Billy Bob Thornton, and Betty White. That is quite the range of people! If only Joey brought Betty White on the show to share her opinions on the Justin, Audrina, and Stephanie love triangle that seems to be emerging.

Aside from working behind-the-scenes with some big names, Joey may look familiar since she has shared her fashion insights on many shows, including Access Hollywood Live and Fashion Police. Joey also has launched fashion lines, including Joey Tierney, Joey and T, and Rue Ltd. Rue Ltd is a "street wear company committed to giving back to the community." The brand has a partnership with the Orangewood Foundation, which is a "non-profit offering critical guidance and resources to prepare foster and community youth to reach their greatest potential."

On The Hills: New Beginnings, Joey is known as "Audrina's best friend," but there's a lot more to her than that. Will we get to see more of her work on the show? Or does she just appear to support Audrina and possibly drag Justin and or Stephanie in the process? The rest is still unwritten...