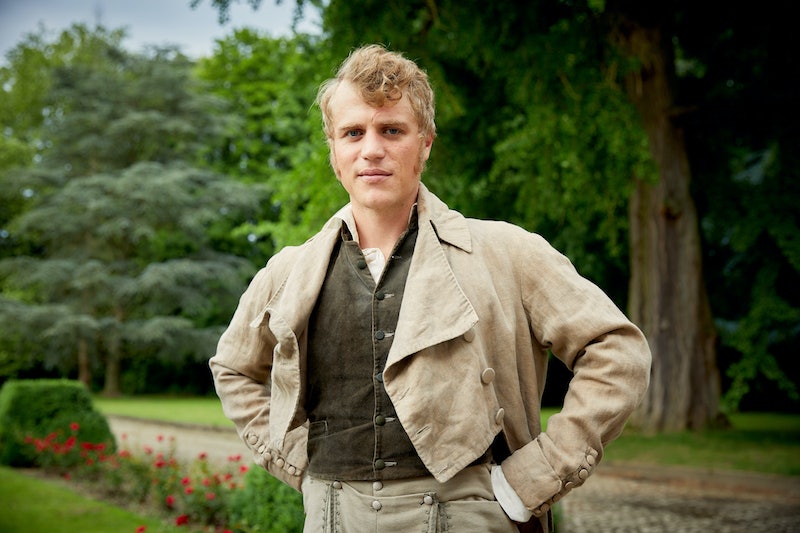 The BBC's adaptation of Victor Hugo's Les Misérables incorporates several characters omitted from the musical version, including the loathsome Félix Tholomyès, played by Johnny Flynn. Félix is the partner of the tragic Fantine and eventual father of her daughter, Cosette; but he callously abandons his besotted lover, leaving her desperate and destitute. So who is Johnny Flynn, the actor who brings the odious Félix to life? While you might recognise him from Vanity Fair, or perhaps the indie film Beast, Flynn actually has a whole second career — as a folk musician.

Flynn was born in South Africa, the Standard reports, to ceramicist and painter Caroline and West End actor Eric (his older brother is Game of Thrones' Jerome Flynn). "I imagine that, for most people, acting isn’t something they think is a viable option, whereas for me it was the most viable option. No adults around me knew how to do anything else," he told the newspaper. His family then moved to London, followed by Hampshire, then rural Wales. Flynn attended the boarding school Bedales after winning a music scholarship. He's now married to theatre designer Beatrice Minns, who he met at Bedales, and the couple have three children.

Until recent years, Flynn was known more for his music than his dramatic roles; however, according to Interview magazine, he always intended to become an actor, attending the Webber Douglas Academy of Dramatic Art at 18. But he maintained a love of folk music since childhood, and released his debut album, A Larum (with his band The Sussex Wit), in 2008, as the Guardian reports. In 2010, he released the album Been Listening, followed by Country Mile in 2013 and Sillion in 2017. Flynn and the Sussex Wit also recorded several film and TV soundtracks, as well as a live album in 2018. He's toured with Mumford & Sons, the Guardian reports, and counts Laura Marling amongst his friends.

But Flynn maintained an acting career alongside his music; his first IMDb credit is a small role in the 2005 ITV drama Murder in Suburbia, while he landed a Holby City part in 2006. In 2014, he starred alongside Juliette Binoche and Kristen Stewart in Clouds of Sils Maria, and played a leading role in the 2015 Comedy Central show Brotherhood.

It's over the past two years, however, that his acting profile has risen significantly. He played an alluring suspected killer in the 2017 indie film Beast, alongside Jessie Buckley, and a young Albert Einstein in National Geographic's all-star series Genius, starring Antonio Banderas. Earlier this year, he played William Dobbin in ITV's Vanity Fair. And this month, he took to the West End stage alongside Game of Thrones' Kit Harington in the Sam Shepard play True West.

In 2019, he'll appear in psychological thriller Cordelia, produced by Sally Hawkins, alongside Antonia Campbell-Hughes, Michael Gambon and Catherine McCormack. Next, he'll star in A Smallholding, with Matti Houghton and David Hayler. Allow me to make a prediction: within the next few years, Johnny Flynn's career will go stratospheric.