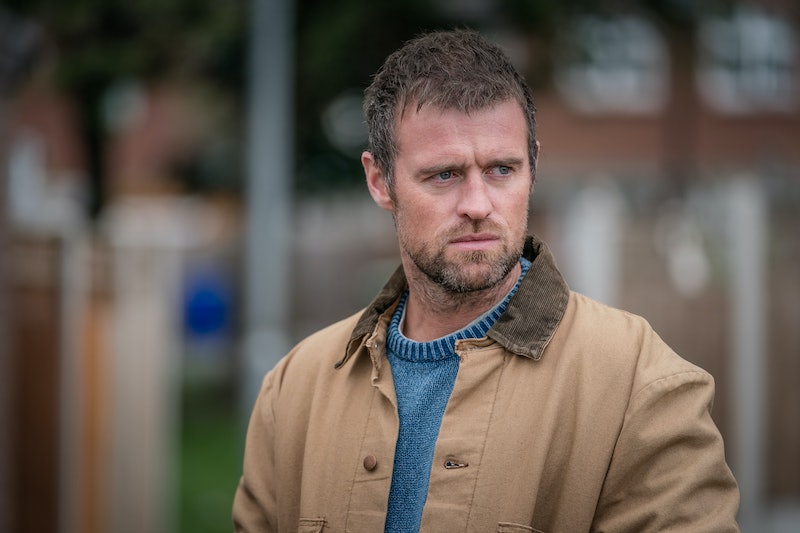 ITV's newest crime drama The Bay takes place in the English costal town of Morecambe, Lancashire. After teenage twins go missing in the area, a Family Liaison Officer discovers that she has a personal connection to the case. The series stars Jonas Armstrong, Tracie Bennett, and Morven Christie as the show's lead. But who is Jonas Armstrong? Have we seen him in anything else before?

According to The Lancashire Evening Post, Armstrong was born in Dublin, Ireland. He later attended the Royal Academy of Dramatic Art, from where he graduated in 2003. According to Hello!, during his studies, Armstrong appeared in productions such as Twelfth Night, Ulysses and The Crucible. And as the Radio Times reports, the 38 year-old has since gone on to enjoy a successful acting career, having previously starred as Sir Robin of Locksley back in 2006 in the BBC drama Robin Hood. Armstrong also played the character of Menelaus in the mythical drama Troy: Fall of a City, and recently guest-starred as Dylan Shepherd in Death in Paradise. He's also starred in other prime-time faves like Line of Duty, Ripper Street, and Teachers.

According to the Mirror, Armstrong will play the character of Sean in The Bay — the step-father of the two missing teenagers. His on-screen wife Jess is played by Chanel Cresswell, and the teenagers' grandmother, Margaret, is portrayed by Tracie Bennett.

An official ITV synopsis of the upcoming series reads: "When Detective Sergeant Lisa Armstrong is assigned to a missing persons investigation in Morecambe Bay, at first it seems like any other — tragic, but all too familiar. As a police Family Liaison Officer, she’s trained never to get emotionally involved. Her job is to support families during the worst time of their lives whilst also to be the eyes and ears of the police investigation; a cuckoo in the nest."

"But there’s something very different about this particular case. With horror Lisa realises she’s got a personal connection with this frightened family; one that could compromise her and the investigation. As she grapples to get justice for the grieving family, Lisa discovers it could come at the cost of her own."

As reported by The Sun, The Bay will run for a total of six one-hour episodes, and gets underway on Wednesday, March 20 at 9 p.m. on ITV1. As mentioned previously, leading the show's cast is The Replacement actor Morven Christie. The 37 year-old's character, Detective Sergeant Lisa Armstrong, is described as a fierce and hard-working Family Liaison Officer in a statement. Christie said of her new role, "Lisa is such a refreshingly real character — brilliant and flawed, trying to make everything work, and often failing. I adore her. And I loved Daragh [the writer]’s scripts, rooted in the families and community of this distinctive town. I can’t wait to get stuck in with Lee and the team, and this fantastic cast he has put together."

The Bay's impressive cast an enticing plot are already giving me some seriously high hopes, and I, for one, can't wait to delve into the new ITV show.