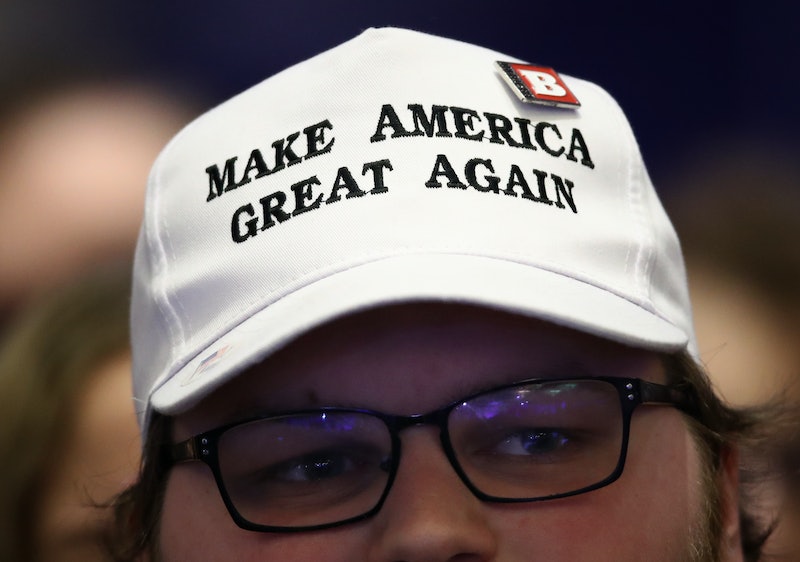 It's easy enough to cheer for a wall, to chant mindlessly about the supposedly terrible people it'll be keeping out. As some Trump supporters have been finding out, though, sometimes those so-called "bad hombres" are actually important members of the community. A perfect example of this phenomenon is Juan Carlos Hernandez Pacheco, who has forced Trump supporters in one town to confront their views about the wall and the larger significance of Trump's immigration policies.

The New York Times reported on the case of Pacheco, better known as Carlos by friends and neighbors, a Mexican immigrant who until recently was living in West Frankfort, Illinois. He had integrated himself into his community, not only as the manager of a local Mexican restaurant but also as a true friend to many and a frequent local philanthropist. Something that almost no one knew, however, was that Hernandez was also an undocumented immigrant. When Hernandez was arrested on Feb. 9, it was a great shock to the town that he had become such an important part of.

However, of all places in the United States, West Frankfort perhaps should not have been so surprised that Trump's administration was making good on its campaign promises. The town voted overwhelmingly for Trump, which was also somewhat predictable, consider it is in the middle of the suffering Illinois coal country. As seen with voters in the rust belt and other economically depressed, white working-class regions, many voters viewed Trump as the potential answer to their economic woes. Trump's campaign promises didn't just have to do with lifting up struggling industries, though, and now the residents of West Frankfort are coming up against that in the most personal way.

In a rather (in)famous speech, Trump opened his campaign with the tirade that accused illegal Mexican immigrants of flooding the country, including masses of "criminals" and "rapists." During the first month of his presidency, immigration raids have swept through cities across the country and detained undocumented immigrants — including Hernandez.

As an undocumented immigrant who had two drunk driving charges, Hernandez fell right into the category of people who are now prime targets for deportation — even though he was a neighborhood favorite. He was active in community fundraisers, hosting a Law Enforcement Appreciation Day benefit at his restaurant and bringing meals to local firefighters as they worked to put out a two-alarm blaze, according to the New York Times.

“I think people need to do things the right way, follow the rules and obey the laws, and I firmly believe in that,” Lori Barron, the owner of Lori’s Hair A’Fairs, a beauty salon, told the New York Times. “But in the case of Carlos, I think he may have done more for the people here than this place has ever given him. I think it’s absolutely terrible that he could be taken away.”

The detention of Hernandez has raised serious questions for the people of West Frankfort but they apply to people throughout the country: What happens when you come face to face with a friend whose life you negatively affected because of your vote? When you realize that while you were celebrating, he was worrying that his life might be upended? When his and his family's life is thrown into chaos, and you're forced to understand that you played a role making that happen?

Hernandez's arrest prompted mixed reactions from the people in his town, with a few chiming in to say that he had broken the law and many more speaking up to show their support. "Maybe this should all be more on a per-case basis,” local business owner Tim Grigsby told the New York Times. “It’s hard to be black and white on this because there may be people like Carlos."

Perhaps people like Hernandez will be the human reminders into how those black and white policies affect people whose lives contain so many other shades.