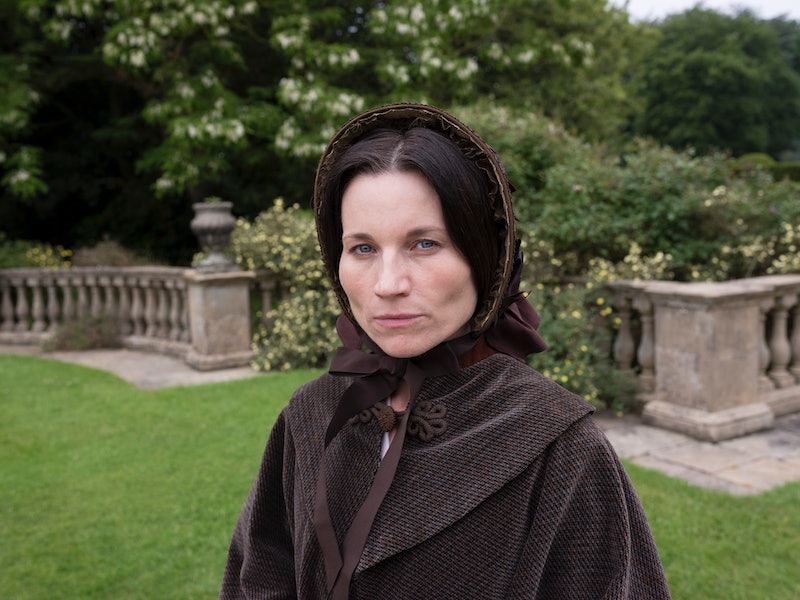 Historical drama Victoria returns to ITV tonight, and with it, a brand new character: Queen Victoria's older sister, Princess Feodora. According to the Radio Times, Victoria's "resentful" half-sister "creates tension in the royal household," creating a rift between the Queen and Prince Albert. So who is Kate Fleetwood, the actress who brings Feodora to life? Though she boasts a celebrated career in the theatre, you've probably seen her on your TV too.

First, let's look into Feodora herself. As the Radio Times explains, Victoria's older sister really did exist: Princess Feodora of Leiningen was the daughter of Victoria's mother, Princess Victoria (later the Duchess of Kent), and her first husband, Emich Carl, Prince of Leiningen. Twelve years older than the future Queen Victoria, she left Kensington Palace for Germany when her half-sister was eight in order to marry Ernst I, Prince of Hohenlohe-Langenbury.

While Victoria and Feodora were reportedly close in real life, Victoria depicts her as something of a villain, bitterly jealous of her younger sister. Jenna Coleman, who plays Queen Victoria, told the Radio Times, "When [Feodora] arrives back there’s this unexplored tension between them, a resentment."

Victoria screenwriter Daisy Goodwin told Deadline, "There she is, living in a crumbly, draughty castle in the middle of Germany and she’s having a miserable time. And there’s Victoria being Queen of England. It doesn’t go down so well."

"They’re sisters, they love each other and are jealous of each other," Coleman told the Radio Times. "They haven’t seen each other for years but they both went through the Kensington System. [Feodora] manages to drive a wedge between Victoria and Albert. She becomes Albert’s confidante."

As for Kate Fleetwood's performance as Feodora, Victoria screenwriter Daisy Goodwin told the magazine, "She brings this glorious, fabulous sister campness. She’s just great. She’s flamboyant. She’s a villain, a wonderful villain and you don’t know how much of a villain she is… she’s the drip of poison in the royal household."

Fleetwood is no stranger to villainous roles: in 2008, she was nominated for a Tony Award for her portrayal of Lady Macbeth, alongside Patrick Stewart in Macbeth's title role. (In fact, she's something of a Shakespeare veteran, appearing in King Lear, Twelfth Night, The Winter's Tale, Pericles, Othello, A Midsummer Night's Dream, and others.) She's also been nominated for an Olivier Award: she received the nod in 2012, for her performance in the musical London Road.

On TV, Fleetwood last appeared as Nancy Birch in the ITV/Hulu series Harlots, alongside Downton Abbey's Jessica Brown Findlay. She appeared as Anisya in an episode of the BBC's Tolstoy adaptation War & Peace, and played Felicity Drumm in the 2014 ITV miniseries The Widower, based on the crimes of murderer Malcolm Webster. One of her earliest TV appearances, meanwhile, was as Karen in Eastenders way back in 2001.

The actor has also appeared in smaller roles in some cinematic blockbusters: she played a First Order officer in 2015's Star Wars: The Force Awakens, a factory worker in 2012's Les Misérables, and Mary Cattermole in Harry Potter and the Deathly Hallows: Part I, released in 2010. If Kate Fleetwood looks more than a little familiar, there's a strong chance you've seen at least one of her performances before.