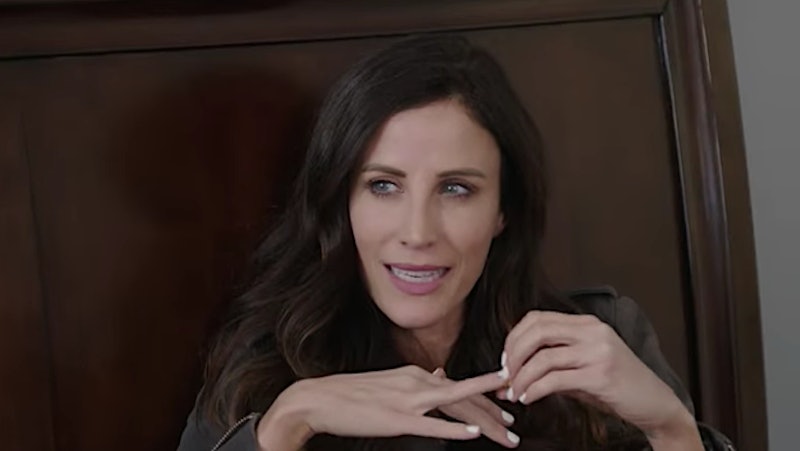 It's been over a decade since Kristin Cavallari first made her reality TV debut on Laguna Beach, but even now fans still want to know more about her life. And thanks to Cavallari's brand new series Very Cavallari, they're about to get their wish. But while the show will center around the 31-year-old's family life as well as the launch of her company Uncommon James, it will also introduce an array of new faces, including Cavallari's best friend, Kelly Henderson, who will play a pivotal role in the series.

Judging from the trailer alone, it's clear Henderson means a lot to Cavallari. The two can be seen partaking in typical BFF discussions about dating and whether or not to sleep with a guy on the first date (if he's not "the one," Cavallari tells Henderson, just go for it and have some fun). Obviously, launching your own company is a very stressful undertaking, so it's good that Cavallari will have someone close to her to lean on when things get a little too overwhelming. Sure, she'll also probably have plenty of support from her husband, Jay Cutler, who will be featured throughout the season as well, but sometimes there are problems that only BFFs can understand.

Henderson will certainly be able to relate to some of the stress Cavallari faces on the show since she herself is extremely career focused and has accumulated a very impressive resume throughout the years. According to an E! Online breakdown of the cast, Henderson has dabbled in a wide array of entertainment endeavors, which range from makeup artist, hairstylist and wardrobe director to lifestyle blogger and podcaster. She's played a key part in styling some of country music's biggest names, such as Dierks Bentley, Jason Aldean, and LANCO. Her blog Velvet's Edge has also proven to be majorly successful and features helpful tips about travel, beauty, fashion, and everything in between. In fact, it's even led to Henderson creating a podcast of the same name to help her deliver lifestyle advice on multiple platforms.

Basically, just like Cavallari, Henderson's ambition knows no bounds, so she could actually prove to be very helpful in assisting her friend with any problems that come her way while launching Uncommon James. And based on the clips that have been released thus far, it looks as though that's exactly what will happen as the launch date draws near. Cavallari can be seen on the verge of tears in the trailer when one thing after another appears to go wrong.

"I hired everybody to make my life easier and I feel like I'm just creating more and more problems for me," Cavallari says in the trailer. "You guys, this wasn't a f*cking collection launch. This was a whole new line. I've worked my ass off for this thing and it got f*cked this morning."

It sure sounds like Cavallari could use some comfort and advice from her BFF right about now, so expect to see her pop up frequently throughout the series. Fans will get to know Henderson even better as the season progresses, but she's already made sure to show her support for Cavallari and her new series throughout social media, so get ready to witness some definite #friendshipgoals between these two besties.

Very Cavallari will introduce a very different side of the former Laguna Beach and Hills star as she attempts to conquer the business world as an adult. And since the people around her clearly helped to shape the grown woman she's become, it'll be interesting to see her friendship with Henderson unfold on screen.