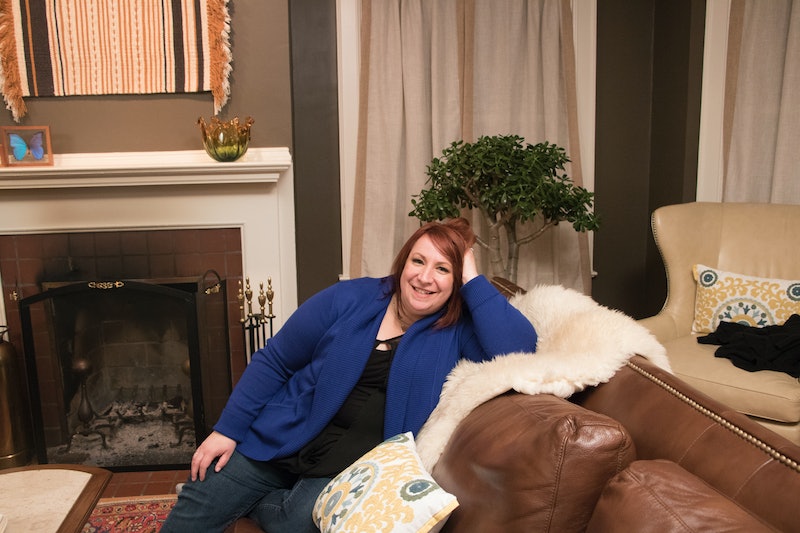 Another New York-based medium is taking over TLC. Ways away from Long Island, this mother of four hails from upstate — Rochester, to be exact — and that's not the only thing that separates her from the network's fan favorite, Long Island Medium Theresa Caputo. So who is Mama Medium, exactly? Her name is Jennie Marie, and according to her website, she's a fourth-generation empathetic psychic medium.

"I was seven when I realized I was a medium," she said in a promo video for TLC. "My [late] great-grandmother came to me and was talking to me about kissing my great-grandfather. I figured out I was an empath, I think, right around 11 ... some of my friends, we started playing soccer, and some of them started getting hurt and I remember feeling the pain in my body or crying for them." On her official Facebook page, Jennie also calls herself clairvoyant, which, according to Merriam-Webster's Dictionary, refers to the "ability to perceive matters beyond the range of ordinary perception." To top it all off, she has a past in comedy, so she likes to advertise her work as humorous and entertaining, too.

The terms "medium" and "psychic" are often used interchangeably when referring to supernatural gifts, which can be a bit confusing. According to TLC, psychics are people who "say they have multiple supernatural talents," which may include being a medium or having the ability to communicate with the dead. But the two aren't mutually exclusive. A psychic may be a medium, but a medium isn't necessarily always a psychic. In early episodes of Long Island Medium, Theresa Caputo even refuted being called a psychic by her then-husband, Larry.

Mama Medium is different in that she calls herself a psychic medium with multiple supernatural talents, including empathetic readings and the ability to sense the future. According to NYUP, Jennie Marie "began to have premonitions in middle school, when her classmates would ask her if new couples would last."

Although she is a fourth-generation talent, she is the first in her family to embrace it as a career. "Growing up, we didn't talk about it," she told the website. "Every medium has different gifts and I'm the only one who is public with mine in the way that I am."

She started realizing the impact she could have on others' lives when she read clients as a hairdresser, and relayed messages from their lost loved ones. When her clients would return with thanks for the comfort and healing she provided, she decided to take things a step further.

Now, according to People, three of her four sons portray similar abilities, which is a journey that will play out on the show. But, true to form, Jennie Marie saw it all coming.

"I can't tell if I manifested it or if it was a premonition — I told my husband I would have a show four years ago," she told NYUP. "It was all in a joking way and he said no. I would bring it up every year and he would still say no, but it was lingering. And then it came together."