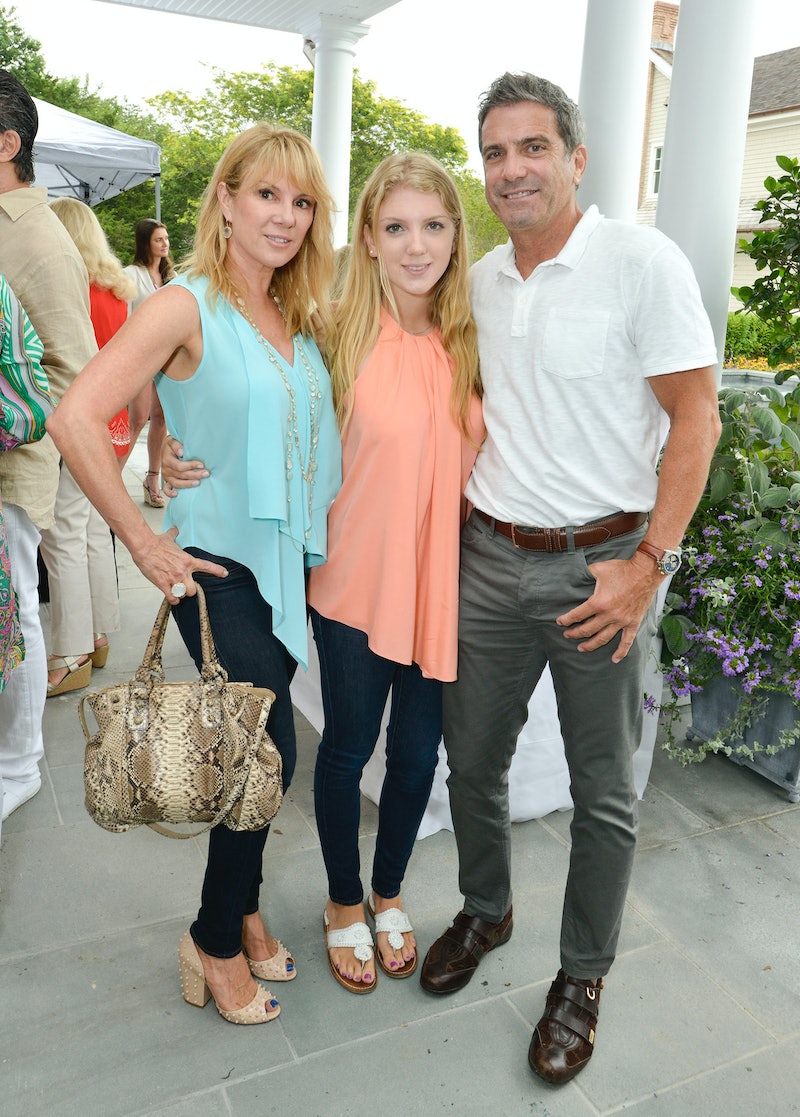 Ramona and Mario Singer were married for more than 20 years before their very public split on Real Housewives Of New York. He left Ramona for a woman much, much younger than himself, and Ramona was left to pick up the pieces, and on television, no less. Since then, Ramona has been dating up a storm, and she seems to be very happy with her very social lifestyle. Ramona always takes a look on the bright side, and though she's not settled down with anyone serious, she has her friends and her daughter to keep her company. Ramona is just doing her. But what about Mario? Is Mario Singer dating anyone in 2019?

According to an interview with People, Ramona "reached a breaking point" with Mario in 2015 when she caught him repeatedly cheating on her with Kasey Dexter, then 32 years old at the time and 28 years younger than Mario, which was a sticking point for Ramona and her fans. “I tried to make my marriage work because I have strong values and I believe that people make mistakes,” Ramona said. “But you reach a point where you realize the other person isn’t putting in as much effort as you are. And I reached my breaking point.”

Ramona went onto say that Mario's public cheating was "embarrassing" to Ramona and her daughter, and she's totally right. Ramona and Avery deserved better than that. “I’m not some pushover. I’m a strong, successful woman. I need someone who is going to treat me with love and respect," Ramona said.

After Ramona and Mario broke up, Mario and Kasey continued dating happily until December 2017, when Mario dumped Kasey after he allegedly caught her — via a secret nanny cam in their home — cheating on him, as Page Six reports. Since they were living together, Mario kicked Kasey out of their West Palm Beach house, too. According to police reports obtained by Page Six, Mario called the cops on Kasey after she refused to vacate their home. The incident was solved by both parties going to separate bedrooms, and that was that.

In an interview with Becky In Boca, Kasey said that Mario took her for granted, and that's why she cheated. "He wouldn’t tell me I’m beautiful all the time," she said. "And that’s another reason I cheated on him with my boss. He made me feel beautiful and wanted." Kasey also maintains that Mario should have never evicted her from their home, even if their breakup was her fault. “I kind of resent Mario, even though I cheated on him, for evicting me. I almost feel like we got a divorce. What did I get in this settlement? Nothing,” she said.

Right now, it doesn't seem like Mario is dating anyone. He and Kasey aren't back together, and even though Mario can be seen in the Real Housewives Of New York Season 11 trailer, he's not with Ramona, either. At least not romantically.

Ramona told Bravo, "Mario and I are in a very good place. We're friends. We share a daughter together — and, listen, he was a really great husband and father for some many years, he really was, that's why we were married for over 20 years." Ramona is happy. Her daughter, Avery, is happy. Karma doesn't come back in the same lifetime, but right now, it seems like Mario is alone and he's getting what came to him after being unfaithful to his wife. That's how it happens sometimes.