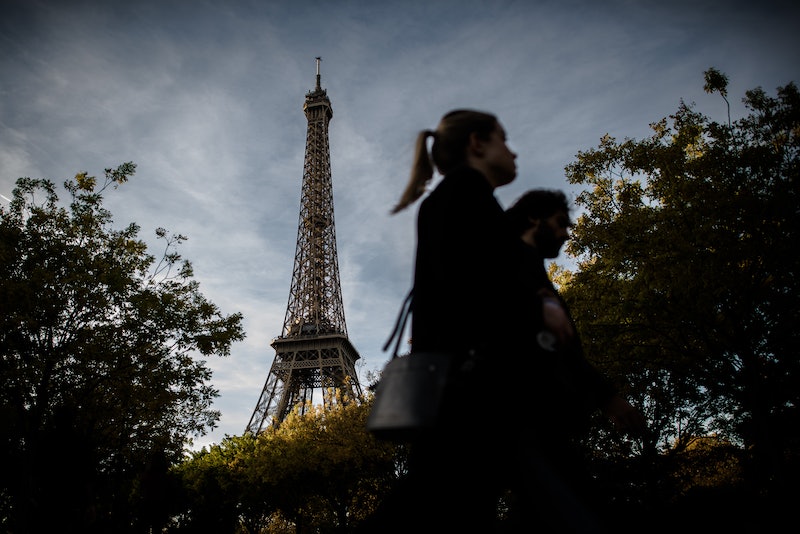 The youngest member of French President Emmanuel Macron's cabinet is on a quest to make the streets in cities all around France safer for women by eliminating cat-calling and harassment. As France's gender equality minister, Marlene Schiappa intends to draft legislation that would make harassing women on the street a crime potentially punishable by a hefty fine.

Although France prohibited sexual harassment in the workplace in 2012, NPR reports there is currently no law barring the harassment of women on the street. According to the news outlet, Schiappa wants to give police the authority to issue fines "on the spot" to those found harassing a woman on the street. Schiappa is reportedly aiming for fines set at somewhere around €5,000, the Guardian has reported.

According to Schiappa, part of the problem is a fairly nonchalant attitude toward street harassment in France. "I'm sure many people would say, 'Aw, it's not that bad if you do,'" Schiappa told NPR about how she believed people would respond if questioned about wether touching a girl's body on the street was acceptable behavior.

"You don't have to follow girls on two, three streets and ask her 20 times [for] her phone number," Schiappa said. "[But harassers] say, 'Oh, but it's my right. I'm just chatting and talking with that girl. I'm making a compliment.'" According to Schiappa, many of those who harass women on the don't seem to understand that their advances are not only unwanted but can also appear as threatening.

Prior to her appointment to Macron's cabinet, 34-year-old Schiappa was elected deputy mayor of Le Mans, the suburb where she grew up, in 2014. But Schiappa hasn't always held political office. Before entering politics she worked as a writer, advertising executive, and blogger, founding Maman Travaille, a popular French blog for working mothers.

In combating street harassment, Schiappa is reportedly hoping to begin changing a larger culture of violence against women present in France, NPR reported. According to a 2016 report from the United Nations Entity for Gender Equality and the Empowerment of Women (UN Women), 26 percent of French women will report experiencing at least one incident of physical and or sexual violence from an intimate partner in their lifetime. Data from the U.N. entity also shows 9 percent of French women will report experiencing non-partner sexual violence sometime in their lifetime.

Ending street harassment isn't the only goal Schiappa is tackling as France's gender equality minister. Schiappa, whose outspoken brand of feminism has reportedly ruffled the feathers of some of France's conservatives, has also been tasked with closing the country's gender pay gap. According to the Guardian, women in France earn anywhere between 12 percent and 27 percent less than their male counterparts, depending on the industry they work in.