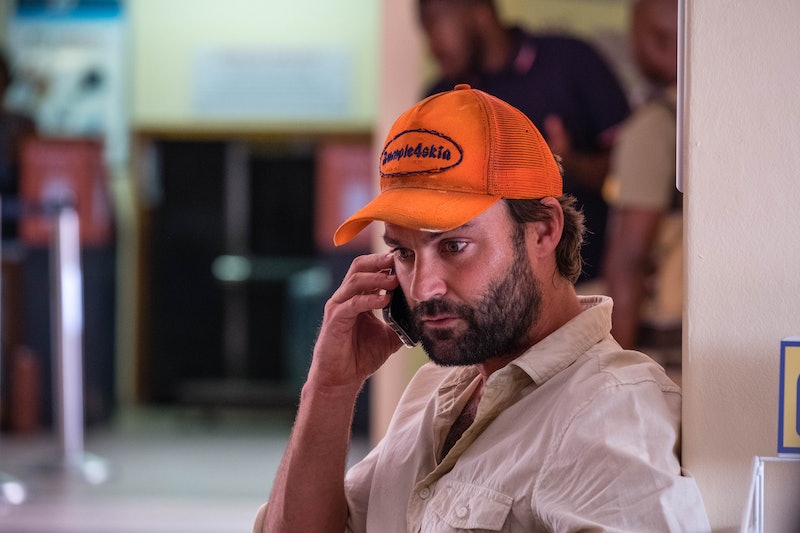 As you may already know, Kate Beckinsale has returned to the small screen to star in new ITV series The Widow. In the show, Beckinsale plays the titular widow, Georgia Wells, who has reason to believe that her husband may have faked his own death. This prompts her to embark on a huge journey across Africa to find him. Her husband is played by actor Matthew Le Nevez but who is he and where might you recognise him from?

Le Nevez has made a name for himself on the Aussie acting circuit starring in films such as Australia Day and starring as a recurring main role on the series Offsprings. His role in The Widow will be one of his first on an international level. We're all rooting for you, Matt. His character in The Widow is pretty interesting because he has a whole load of secrets.

After discovering that her husband has perhaps faked his death, Wells travels through Africa to try and uncover the truth. Even though the eight-part series is set in London and the Congo, Le Nevez was told he could keep his Australian accent he said, "he [Will] was from my hometown, he was from Australia and they really liked the idea that Will was a foreigner in London, to be working with your own accent is a bit of a blessing."

Le Nevez has won two Australian awards for his acting achievements. In 2004 he won an AACTA for Best Guest Or Supporting Actor In A Television Drama for his role on the Australian TV series Marking Time. He also won a Logie Award For Most Outstanding Actor in 2007 for The Society Murders. He's a pretty big deal and I'm predicting that this is just the start of his international career.

As well as being a successful actor, Le Nevez is also a doting father and partner. If you haven't already checked out his Instagram you most definitely should, but do be warned it's pretty swoon-worthy. He uploads occasional photos of himself and his girlfriend and the captions will melt your heart. He posted one photo of the two of them kissing on Valentine's Day with the caption "may you all be as blessed as I am. Love you." I'm not crying, you are. He has one son called Levi Le Nevez (what an incredible name, am I right?) who was born in 2014. Levi makes an appearance on Instagram too with all three members of his family sitting on a pretty idyllic beach with the caption "back where I belong xx" Honestly, what a man.

Judging from his Instagram Le Nevez is really into bikes and motorbikes and really (really) into selfies. Two of his selfies are with a London street sign for Wren Street. He captioned one of the photos, "Someone very special turned 1 yesterday. Wish I was with you. Will have to hug this sign instead." So it sounds like Levi might have a younger sibling. It also looks like Le Nevez is into preventing climate change and saving our planet as he captioned one photo "let’s stop staring in the mirror and start caring for our planet." Seriously, he can do no wrong. After his performance in The Widow, I'm pretty sure this is just the beginning of his international career and that he'll be all over UK screens in the future.