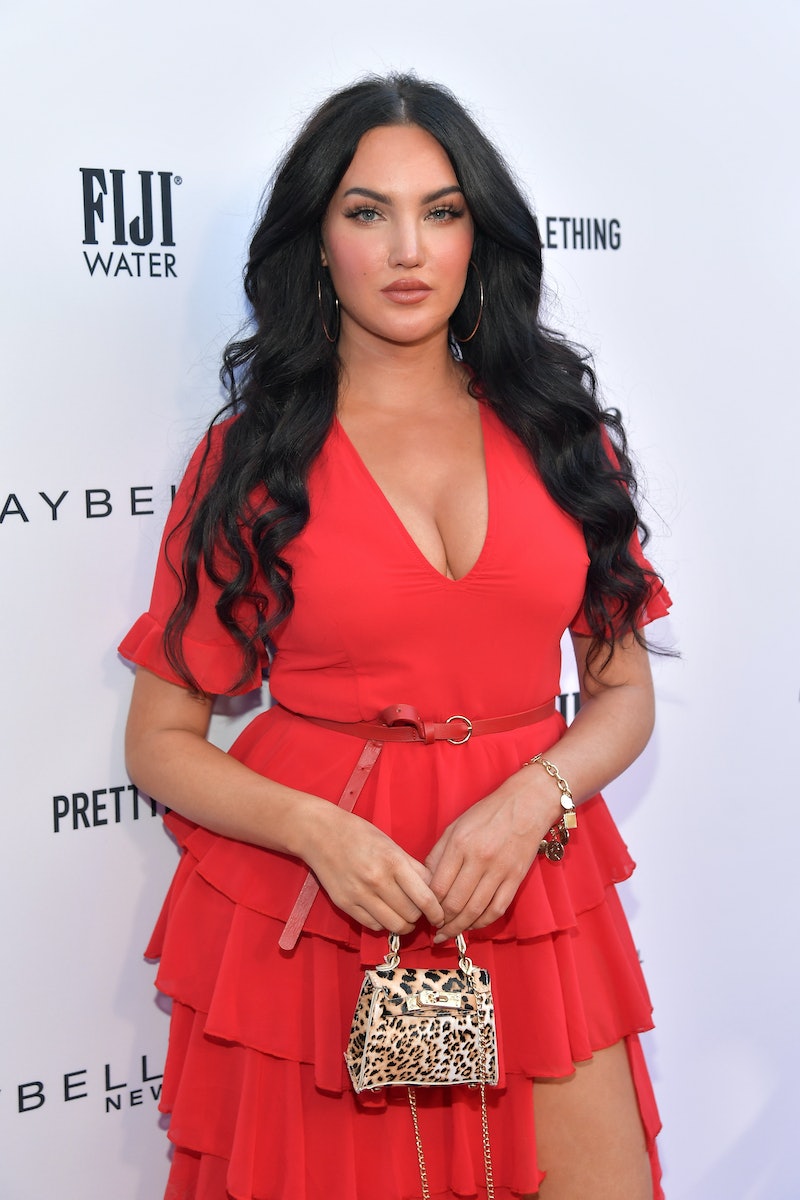 The Kardashians better hold on tight, because there's a new family coming for the reality TV crown. E!'s newest reality show, Relatively Nat & Liv, stars Natalie Halcro and Olivia Pierson, two cousins and best friends with, from the looks of the trailer, a pretty wild, outlandish family. But before we're introduced to their entire kooky clan, let's get to know the women leading the show — beginning with Natalie.

Both she and Olivia live in Los Angeles, but are originally from Vancouver, Canada. "We are fashion designers and cousins, [and] we come from a really big family," Natalie says in the trailer for the series. "I feel like in L.A., we're known for being those glam girls. When we get home to Vancouver, we can be ourselves." Both women gained prominence and influencer status thanks to their YouTube channel and mastery of virtually every beauty look under the sun — seriously, you can definitely fall into a rabbit hole of new looks if you just start watching one video. They have a blog too, but it hasn't been updated since 2017.

According to IMDb, Natalie also appeared as herself on WAGS LA, where she was, well, the girlfriend of an athlete, NFL player Shaun Phillips. That's the whole premise of the show — to feature the wives and girlfriends of athletes. Phillips and Natalie aren't together anymore, and there's no indication on Natalie's social networks that she's in another relationship right now. But there is so much more to learn from her Instagram and various social media accounts.

Both Natalie and Olivia were guests at Psalm West's baby shower, so they must be close to Kim and Kanye. You don't just show up to a baby shower if you're a random friend or acquaintance — that's actual friend stuff. Actually, Kim and Natalie look a lot alike, too.

She Loves A #TBT

Natalie posts a lot of throwback images of her and her family, and no wonder — she was as cute in her early years as she is now. If you go back to most other people's middle school yearbook, it's awkward city. Not so with Natalie here.

She's All About Family

Between all the selfies and #sponcon, Natalie posts a lot about her family and how much she appreciates their impact in her life. It makes sense, since that's pretty much the premise of Relatively Nat & Liv.

Can we talk about how adorable this Frenchie is?

Natalie's photos always seem to be taken in some exotic locale, so she probably has some serious frequent-flyer miles on her credit cards.

Natalie Halcro seems like an influencer on the go, but she, like everyone else, has to contend with family, work, and all that go along with both. That's exactly what we'll see on Relatively Nat & Liv when it premieres Sunday, June 2 at 10 p.m. ET on E!.