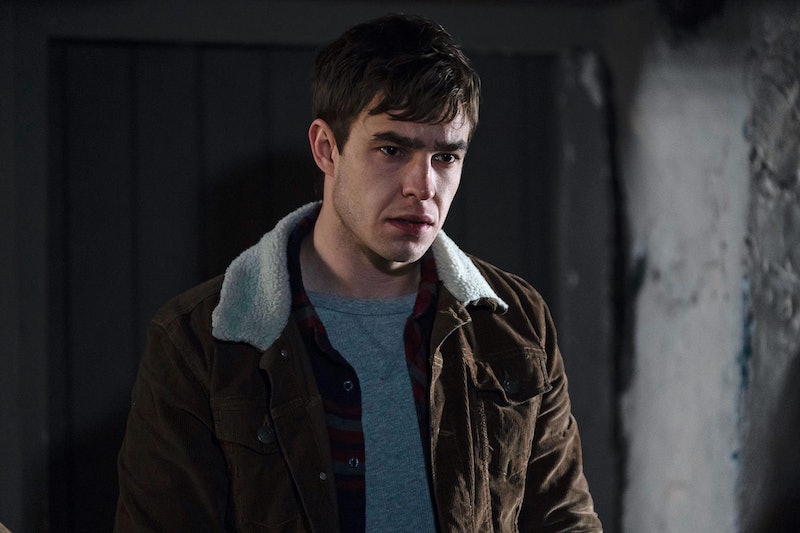 With Channel 5’s new thriller Penance out and the BBC announcing the new series of Our Girl will be airing soon, there’s a lot of great TV to enjoy and look forward to. It also means you’re about to see a whole lot more of an actor who you may know best as ultimate teen heart throb Finn from My Mad Fat Diary. So, who is Nico Mirallegro? The Manchester born actor is taking a leading role in both Penance and Our Girl but they are by far from his first leading roles in primetime dramas.

Born in Greater Manchester, 29 year old Mirallegro attended the Manchester school of Acting for three years. Belfast Telegraph reports that his dad is Sicilian and mum is Irish and he lived in Spain for a short period of time while he was a teenager. Scene kids may recognise Mirallegro for his first acting role, as the ultimate emo crush Newt in Hollyoaks. He started the show in 2007 and was part of the cast for two years before leaving to pursue other projects. In the early part of his career he made appearances in Doctors and Upstairs Downstairs on the BBC.

In 2013 he took on the role of Joe Middleton in the BBC drama The Village before joining the cast of My Mad Fat Diary. He played Finn on the E4 comedy drama series for all three of its seasons. However, the final episode aired in July 2015. In an interview with the Belfast Telegraph about his career, he said, “there have been so many [projects] that I've really loved. My Mad Fat Diary because of the people I've met and it's been such an uplifting show. The Village was a surreal experience, because I was working with two actors I truly admired, like Maxine (Peake) and John. Common was written by Jimmy McGovern and had an amazing director and stunning cast and I felt a lot of pressure on that.”

Mirallegro starred in the TV movie Virtuoso as Franz in 2015 and in 2016 he was one of the leads in the BBC mini series, Rillington Place. However, Mirallegro’s work hasn’t just seen him tackle characters on the small screen. He played Dodge in Mat Whitecross’ Spike Island. Similarly, in 2017 he played Jack Taylor in Diana and I.

Later in 2020 he will be joining Michelle Keegan and the cast of Our Girl for series four of the show. Starring as a new cadet and former teacher, Mirallegro’s character is nicknamed Prof and will be joining Georgie Lane and the new recruits out in battle.

And you’ll be able to catch Mirallegro on your screens right now in Channel 5 psychological thriller Penance. The three-part series follows Mirallegro as Jed, a manipulative character who infiltrates the Douglas family after they lose their son Rob. Rob’s mum Rosalie (played by Julie Graham) strikes up a toxic relationship with Jed which ends with fatal consequences. Speaking about the role he told me, “when you first meet him [Jed] you find him in his most vulnerable, phase one state. He’s calculated and he’s putting feelers out for this family to see how they react. You fully believe this sensitive kid has lost his parents and his gran. You soon start to realise it’s a bit of an act.”

The final episode of Penance airs on March 19. on Channel 5 but you can catch up with previous episodes on the broadcaster's streaming service My5. You can also see Mirallegro in Our Girl on BBC One later in 2020.