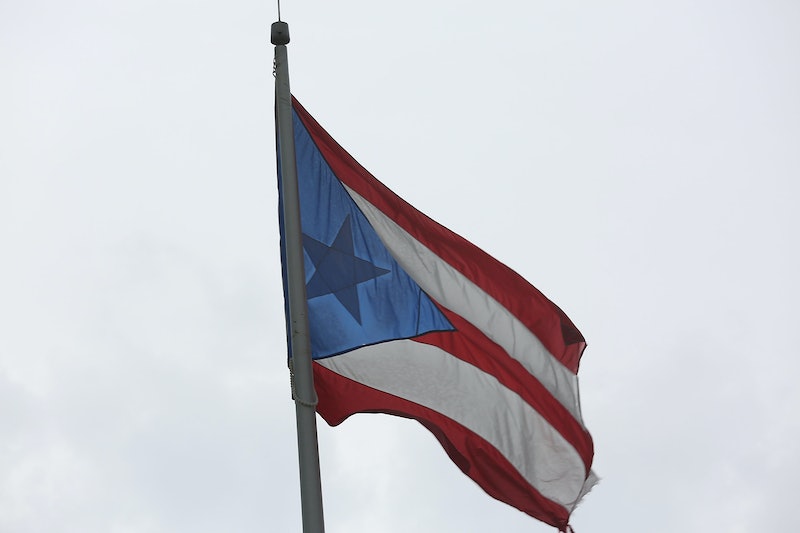 On Tuesday, President Barack Obama set a record as the president to grant the most commutations in our nation's history — that means that he has decided to shorten the sentences of convicted individuals without saying that they are innocent. Obama gave 209 people a second chance Tuesday, and has given out commutations to 1,385 people throughout his presidency. And there's one you might be wondering about. Who is Oscar Lopez Rivera?Considering he's spent the last 36 years in jail, it's a good question.

According to NPR, Rivera was convicted of seditious conspiracy to overthrow the U.S. government. Lopez was born in Puerto Rico and moved to Chicago as a teenager. He served in the Vietnam war, where he reportedly became disillusioned by the war and U.S. imperialism. He got involved in Puerto Rican activism and eventually joined the Fuerzas Armadas de Liberación National. FALN was declared responsible for bombings in the U.S. during the '70s and early '80s that resulted in property damage, injuries, and five deaths.

In 1976, after a bombing in New York resulted in four deaths, the FBI found an apartment containing dynamite and FALN materials that was linked to Rivera. However, Rivera fled and wasn't found and arrested until 1981, when he was convicted of seditious conspiracy and sentenced to 55 years in prison. He denied responsibility for the 1975 New York bombing. Later, he was given 15 more years after a conspiracy to escape.

Rivera's sentence will conclude on May 17, the same day as Chelsea Manning's. According to Latina, Rivera plans to visit his home of Chicago before returning to Puerto Rico following his release.

This isn't the first time Rivera has been offered a commute for his sentence. NPR reports that in 1999 Bill Clinton offered to shorten the prison time for some of the convicted FALN members, but Rivera refused his because the commute was not offered to all of them.

Those who are granted commutes still retain their "civil disabilities," which according to The Washington Post means that convicted felons are still unable to sit on federal juries and sometimes vote. The difference between a pardon and a commute is that the pardon takes away those disabilities. Most pardons occur after the convicted person's sentence has been served. Obama pardoned 64 people on Tuesday.

Most of the other people who received commutations were convicted of nonviolent drug offenses, according to The Associated Press.

More like this
It’s Official: The UK Is Hosting Eurovision 2023
By Sam Ramsden and Rachel Mantock
The 'Black Bird' Stars Are Both Heading Back To Apple TV+
By Brad Witter
Here’s Where Kirra Hughes Is Now
By Morgan Leigh Davies
Where Is Charlie Evens Now?
By Morgan Leigh Davies
Get Even More From Bustle — Sign Up For The Newsletter