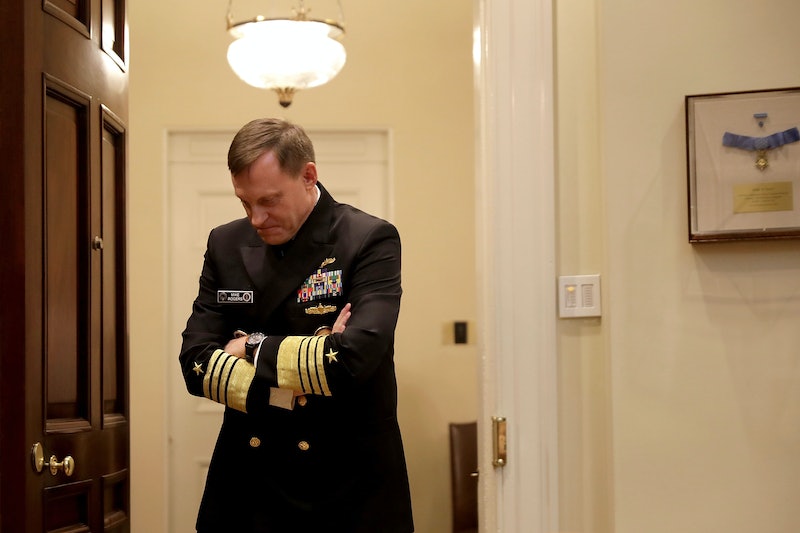 On Monday, the United States Department of Justice (DOJ) announced that it was charging 25-year-old Reality Leigh Winner with allegedly violating the Espionage Act for allegedly mailing classified information about supposed Russian election interference to a news outlet. Following this announcement, it's normal to wonder who Reality Winner is and want to know further details about her personal and professional background. Winner has not publicly responded to the charges against her.

According to CNN, on Monday the DOJ announced that it was charging Winner, a contractor for the National Security Agency (NSA), for allegedly "removing classified material from a government facility and mailing it to a news outlet." The charges came on the same day that an article was published in news website The Intercept that included details from a classified NSA memo outlining evidence of a Russian-led cyberattack on a U.S. voting software supplier in 2016 (though the criminal complaint against Winner does not, crucially, verify that she served as The Intercept's source). CNN also reported that the memo, while citing evidence of cyberattacks, did not include evidence that any election interference resulted from this attack.

As The Guardian reported, Winner, the woman charged with allegedly leaking and sharing classified information, worked for a defense contractor known as Pluribus International Corporation. Winner joined Pluribus in February of this year and held top-secret security clearance as part of her position. Prior to her tenure with the company, Winner served as a linguist in the U.S. Air Force for six years and reportedly speaks three foreign languages fluently — Farsi, Dari, and Pashto.

Mashable reported that Winner maintained active social media accounts prior to her arrest. Her Facebook account reflected her passion for CrossFit training and weightlifting, and featured many videos of her working out. On Twitter, where she used the name "Sara Winners," Winner sometimes posted passionately about political issues. Her Twitter account features dozens of tweets about progressive issues, including environmental activism and opposition to the construction of a border wall. Winner's account also contains a variety of tweets indicating that she seemingly was not a supporter of Donald Trump's presidency.

Winner's family reported to several news organizations that they were shocked by the charges and by her arrest. Winner's mother, Billie Winner-Davis, told The Guardian that Winner called her on Saturday to tell her that she had been arrested by the FBI and could not say more about the situation. In her interview with the paper on Tuesday, Winner-Davis still appeared to know few details about the case, but expressed complete surprise that her daughter would ever be allegedly involved in the leaking of classified material, saying:

I never thought this would be something she would do ... I mean, she has expressed to me that she is not a fan of Trump — but she's not someone who would go and riot or picket.

Winner-Davis also expressed to CNN that her daughter has "never ever given me any kind of indication that she was in favor of [leaking classified documents]," nor has she ever heard her praising other leakers, like Edward Snowden. Winner's lawyer, Titus Nichols, added that he has not yet received any information from the government outlining evidence for Winner's arrest warrant and that he believes that Winner is someone who's "just been caught in the middle of something bigger than her."

Winner will attend a detention hearing on Thursday to determine whether she will remain in custody or be released as she awaits trial. In the meantime, Winner's friends and family, as well as the general public, anxiously await more information as the case unfolds.