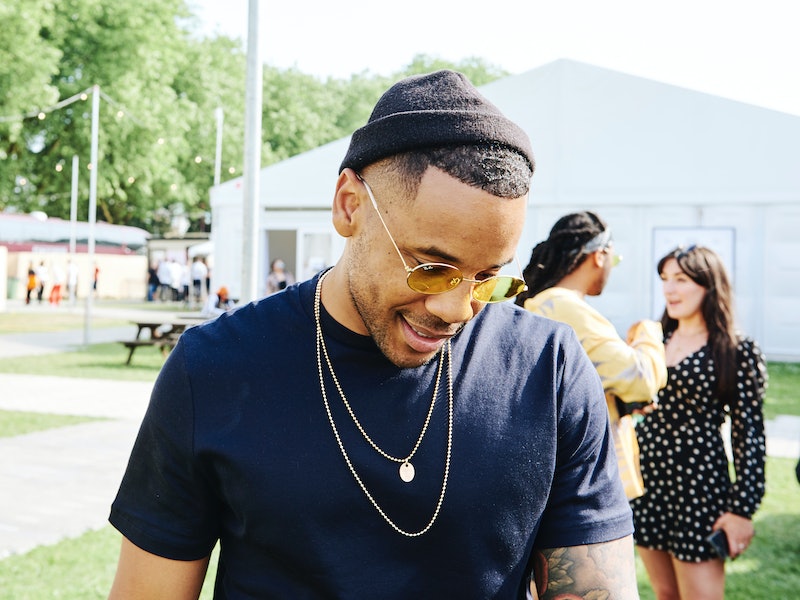 Ever since Reggie Yates pivoted to from children's TV presenter gritty documentary-maker, he's only just got more attractive. Who's with me? With a face far too pretty for the radio, Yates has been making the BBC documentary rounds for the past few years, and while his next one gives some much-needed insight into an important subject, you might also be wondering, who is Reggie Yates dating?

Yates' current love life is a bit of a mystery, as the BBC presenter's got a knack for keeping much of his private life, well, private. However, his most high profile romance to date so far was his long term tryst with model and YouTuber Tia Ward. After four years of dating, Yates popped the question back in 2014, Yates got cold feet and called the wedding off, according to The Mirror.

He had previously told the Mirror that he and Ward had been struggling with planning due to their busy schedules. "We're trying to figure it out. We're getting so little done at the moment it's unbelievable because we're both so busy," he said.

"But we have our eye on a venue and we're eyeing up suits and dresses and it's all coming together. It's a lot of work, way more than I thought it would be, but we're excited."

As a source told The Sun at the time, that the pressure of the wedding "got to them and they decided to split," before adding: "It's sad because they seemed so perfect together." While it doesn't look as though he's been linked romantically to anyone since, I've checked in with one of Yates' reps to see if that's truly the case. I'll let you know when they get back to me.

Due to the demands of Yates' documentary gig, there just may not be room in his life for romance just yet. That seemed to be the case when The Guardian asked how his love life was back in March 2018, to which he replied: "Ha! I live alone. It’s hard when you work as much as I do, it’s not conducive to dating. I have late-night romantic dinners with my laptop."

It's definitely not as though Yates is short on admirers — even Beyoncé reportedly eyed up our man. As he revealed to the Metro back in 2012: "Genuinely, I think she flirted with me, as he recalled interviewing Bey herself for an interview a few years prior. So, it looks like everyone's going to have to form an orderly line for Yates.

But what about the work that keeps Yates so busy? Landing on BBC One at 11:35 p.m. on Tuesday, June 24, Yates' new documentary will see him immersing himself into and investigating the Mexican Drug War. More specifically, according to the Radio Times' synopsis, he'll be joining: "the soldiers of the 56th Infantry Battalion in Acapulco who are fighting to control the city's powerful and violent drug cartels. Acapulco was once a tourist paradise, but is now the fourth most dangerous city in the world." Sounds fascinating. I know I'll be tuning in.