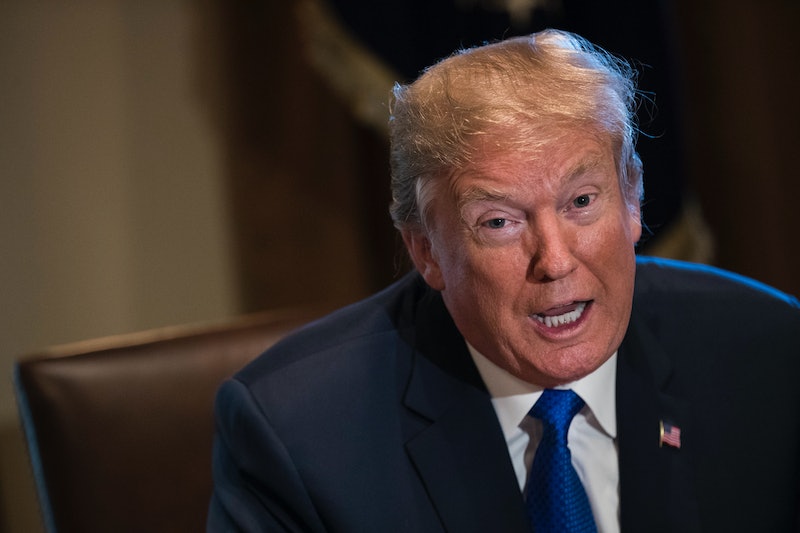 Since he took office in January, nearly all of President Donald Trump's various cabinet appointments have been met with some form of scrutiny or criticism, amid a ten month stretch that's involved scandals, firings, resignations, and reshuffles. But throughout it all, one of his most controversial picks, Environmental Protection Agency Director Scott Pruitt, has remained pretty low-profile, at least in relative terms. But here's a headline that might make that change: the EPA is bringing in Robert Phalen as an adviser, an air pollution researcher who holds a pretty controversial view: that air quality can, in fact, be "too clean" for people's health.

This may not be a concept you've heard of before, but it's something Phalen, formerly a pollution researcher at UC Irvine, has said for years. Back in 2012, according to the American Association for the Advancement of Sciences (AAAS), Phalen claimed American children should be inhaling more pollution in order for their bodies to learn to handle it. According to a write-up on the AAAS official website, Phalen made the point bluntly.

Modern air is a little too clean for optimum health.

The article states further that Phalen described his most important role in science as "causing trouble and controversy," and upon feeling an ocean breeze come through his office window, he remarked once again: "See, the air is too clean."

Needless to say, this is a controversial notion, and one that environmentalists and children's health advocates are none too pleased about. A six-year-long study completed back in 2015 found that children raised in heavily polluted environments suffer from a 10 percent reduction in overall lung size, and exposure to airborne pollutants is increasing viewed as one of the foremost causes of disease and premature death in the world.

A study by The Lancet medical journal concluded that one in six deaths worldwide could be linked to environmental pollution, although that counts both airborne toxins and contaminated water. In total, the study arrived at a figure of nine million premature deaths in 2015 alone, although some experts reportedly believe the real figure is likely far higher.

To be as fair to Phalen as possible, however, he did not reportedly suggest that children would be better off living in heavily polluted areas, but that they'd be better off breathing slightly more irritants. This isn't a position broadly shared in the scientific community, however ― children are encouraged to avoid air pollution due to the damage it can do to their developing respiratory systems. Pollution stemming from automobile traffic has also been shown to have a negative impact on children's cognitive growth.

It's also notable that Phalen opposed UC Irvine's decision to ban smoking on campus back in 2013. Himself a pipe smoker, Phelan condemned the move at as "social activism," and reportedly claimed he smoked tobacco to assist with his memory and concentration, according to The Orange County Register.

The AAAS article on Phalen also characterizes him as skeptical of the urgency of global warming, calling him "not convinced that the science justifies the fear-mongering over climate change." Pruitt, the EPA chief who's brought him into the agency, has a demonstrated history of climate change denial.

Pruitt's selection to lead the EPA in late 2016 was met with extreme consternation by environmental groups, owing to his own antagonistic history with the agency. In fact, while serving as the attorney general of Oklahoma, Pruitt sued the EPA a whopping 13 times over federal environmental regulations. In short, he was never what appeared to be a good fit for the agency, at least not from the perspective environmentalists, and now Phalen is joining the agency, as well.