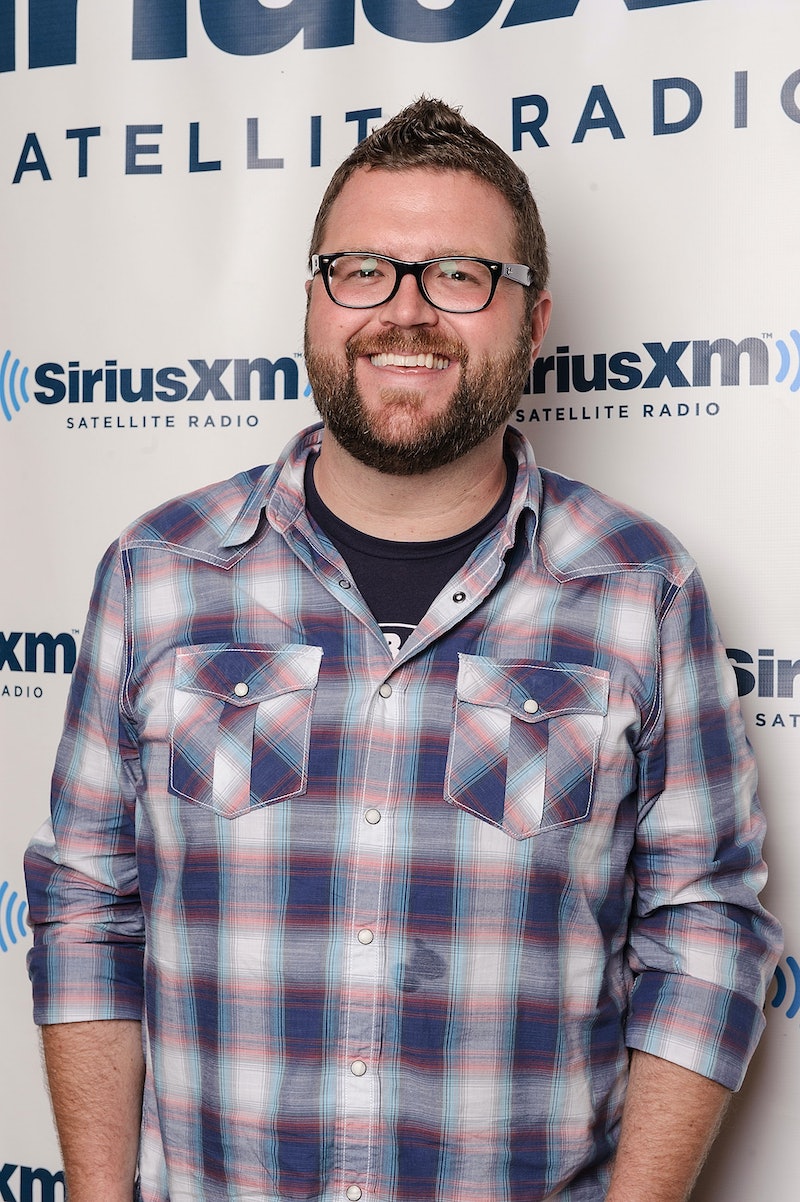 Netflix's new competition show, Floor is Lava, is exactly what it sounds like: three teams have to complete various obstacle courses while avoiding the ground, just like in the childhood game but with real "lava." If you fall in, you're out. But fortunately for the contestants, Floor Is Lava's host Rutledge Wood is used to being in high-stress situations.

Viewers might recognize Wood from the History channel's Top Gear USA, which he hosted from 2010 to 2016, or from the food shows Super Southern Eats and Southern and Hungry, which he co-hosted with Damaris Phillips. More recently, Wood helped host the Netflix reality series Hyperdrive, which follows street racers as they perform big stunts in tricked-out cars.

Cars and the South are both common themes in Wood's work, which makes sense given that he's a NASCAR commentator from Birmingham, Alabama. According to his website, Wood moved from Alabama to Peachtree City in Georgia, where he graduated high school and later majored in marketing at the University of Georgia.

Wood told the site Skirts and Scuffs that he began working for the SPEED television network (which has since been rebranded as Fox Sports 1) after finding the job listing on Craigslist in 2005. "When I started, I didn't know much about NASCAR, but I fell in love with it quickly," Wood told the site. "It's hard to believe I've been on the road with NASCAR that long, but it has flown by."

Even his co-hosting gig on Top Gear came about unexpectedly. "Believe it or not ... I just got a call about it one day," Wood told Skirts and Scuffs. "A nice woman from New York asked if I'd be willing to talk to a producer from the BBC about a show they were producing. It turned out to be Top Gear, and I still can't believe I get to drive some of the cars I do. It's truly a dream come true."

Floor is Lava is a far cry from race cars or Southern cuisine, but Wood is kind of the perfect host. If he's familiar with the high-stress atmosphere at a racetrack like the Talladega Superspeedway, then hosting a show with an obstacle course is child's play — literally.