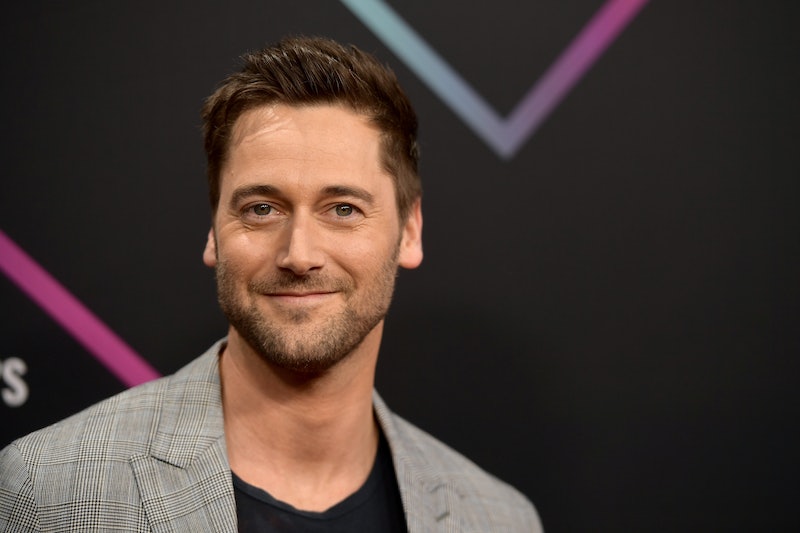 Ryan Eggold has long caused hearts to throb. If you, like so many others, have a crush on Eggold, it likely started when he appeared as Ryan Matthews, the sensitive English Lit teacher on hit show 90210. But Eggold's played quite a few characters to crush on since then, having most recently appeared as Dr Max Goodwin on NBC's New Amsterdam. But enough about his characters, what's the actor like himself? Well, seemingly just as crushable. In interviews, the actor comes across as intelligent, funny, and kind — aka the entire package. But is he on the market? In other words, who is Ryan Eggold dating?

I've contacted one of Eggold's reps just to make sure, but from the looks of things, there's nothing that seems to indicate that the actor is currently dating anyone. However, there's no telling for sure since this man is pretty private about his love life.

"I am an old man. I go for the quiet," the actor told the Daily Telegraph in November, 2014. "I wouldn’t say I handle attention well; I’d say I stumble over pick-up lines poorly. I’m not good at any of that. I’ve been a 90-year-old man since I was 12 years old. I’m not good with it, but I try to stay at least somewhat involved."

Throughout his career, Eggold has been the subject of a few romance rumours. Speculation as to whether he was dating his Blacklist co-star Megan Boone seemed to follow Eggold around for a while, but those rumours were put to rest when Boone gave birth to her and fiancé Dan Estabrook's baby girl on 20 April, 2016, as the Daily Mail reported.

The actor was also linked to Twilight actress Ashley Greene (aka Alice Cullen) for a short time in 2008. "It’s pretty new, but they’re totally together,” an insider told celebrity and entertainment site Just Jared in October 2008. Neither Eggold nor Greene have spoken about the rumoured relationship since, but according to Just Jared, Eggold did reportedly tell Life & Style magazine around the same time: "I’m sort of dating someone — she’s an actress." Plus, there seem to be a few photos of the two of them together on a site called Coolspotters, but that doesn't really prove anything.

As far as I can see, the last update Eggold gave on his relationship status was in June, 2018, when he went on The Today Show to promote an upcoming season of The Blacklist, as Heavy reported. When host Hoda Kotb asked him "aren't you engaged?" he replied: "No, I’m not engaged. No, no, who said that?”

Eggold continued: “I am the same old, broken alone man that you met from last time."

So, if you're majorly crushing on Eggold, you may be in with a chance. But it looks like you'll have to be a little patient. From the sounds of his Daily Telegraph and Today interviews, Eggold has had some difficult experiences with love, and his faith may have been shaken slightly. I'm sure you can turn all that around, though.