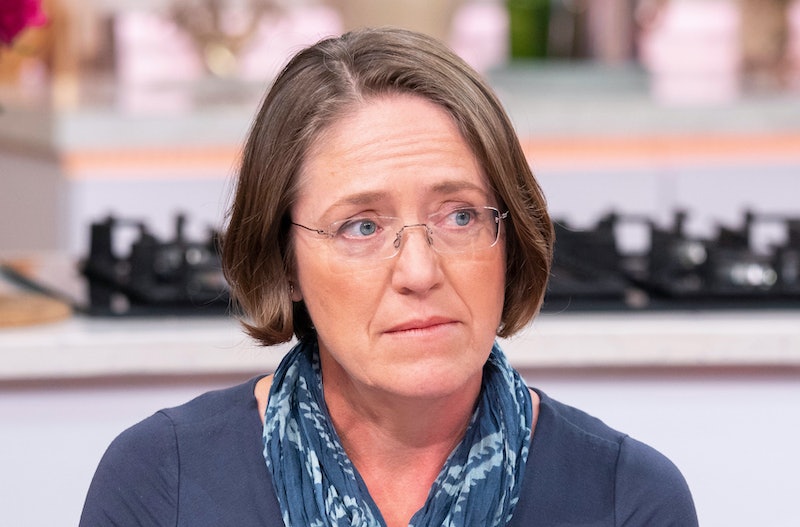 While Extinction Rebellion (otherwise known as XR) fights their cause with no leadership structure, one person has become a central figure in the movement. Representing XR on the likes of This Morning, BBC Newsnight, Sky News, and on Channel 5’s upcoming documentary Extinction Rebellion: The Inside Story, Sarah Lunnon is one of the organisation’s most familiar faces, but what's her backstory?

Before joining XR, Lunnon represented the Green Party for Stroud Central for seven and a half years, stepping down from her position in January 2017. “My time at the county has been frustrating, disappointing and occasionally incredibly rewarding,” she said in a statement (via Stroud News & Journal). In 2013, she and the Green Party won the County Council election by 40% of votes.

Since her departure from Stroud’s Green Party, Lunnon has become a major part of XR’s Political Strategy Team as a full-time volunteer alongside Skeena Rathor, Labour member for Stroud. Using her political knowledge and experience, Lunnon has become a kind of spokesperson and organiser for the group. You’ll most likely remember her talking about the October 2019 London Underground protests on This Morning and BBC Newsnight.

Despite individuals such as Lunnon occasionally being chosen to speak on behalf of XR, the movement doesn't actually have a leader or any sort of hierarchy. As it notes on its website, "decisions are made based on a model of organising called a 'self organising system'," whereby volunteers can "do what they can according to the skills and time they can offer."

XR initially began through the Rising Up! network in 2016, with founders Gail Bradbook and Roger Hallam later starting the Extinction Rebellion project through "academic research and mass engagement," as the website's FAQ section states.

The major catalyst for XR's sudden surge in activity, however, was the "IPCC report that we only have 12 years to stop catastrophic climate change and [the] understanding that we have entered the 6th mass extinction event." After launching in 2018, the movement has grown to 130 XR groups across the UK, with the majority of supporters being volunteers.

In terms of how the movement is funded, HuffPost writes that this mainly comes from donations. During the protests last October, XR received more than £427,000 over the course of six days after sending an email asking whether supporters could "financially support" the group to keep their message alive.

Extinction Rebellion: The Inside Story will air on Channel 5 on Sunday, Feb. 16 at 9 p.m.