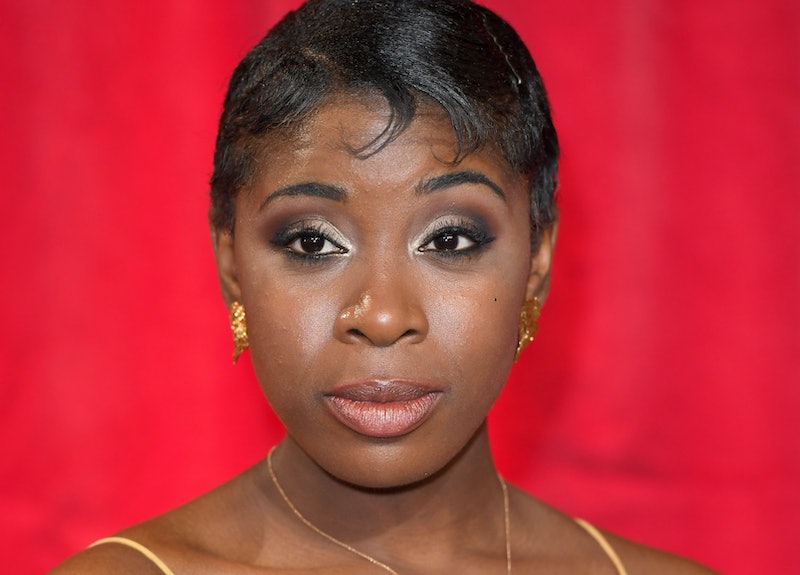 Back in 2001, one of Britain's best-loved TV game shows became the centre of scandal which gripped the nation. The tale began when Charles and Diana Ingram, and accomplice Tecwen Whittock, were accused of cheating their way to Who Wants to Be a Millionaire's top cash prize. ITV's newest drama Quiz is set to retell this fascinating true-story, and features an all-star cast headlined by Michael Sheen. But who is Seraphina Beh, the actor playing Ruth Settle? Here's everything you need to know about the Quiz star.

According to her official portfolio, Seraphina Beh is a London-based British actor, with a background in film, television, and theatre. After kick-starting her acting career performing in South London's Oval House Theatre, Beh later began training at the National Youth Theatre. The actor went on to land roles in the long-running medical drama Casualty, BBC One's Eastenders, crime-drama Silent Witness, and Netflix's Top Boy, in which she portrayed the character of Farah.

Seraphina's most recent role can be enjoyed in Quiz — ITV's dramatisation of the Who Wants to Be a Millionaire cheating scandal. In the series, Beh will play the former-head of press and PR at the Celador production company, Ruth Settle. In a statement sent to Bustle, Settle is described as a "pragmatic" figure, who is initially not convinced of Charles and Diana Ingram's guilt.

Starring the unrecognisable Michael Sheen as game show host Chris Tarrant, the ITV series centres around the true story of Charles Ingram, who's fateful turn in the Millionaire hotseat sparked a criminal investigation involving his wife Diana, and accused accomplice, Tecwen Whittock. As the Metro reports, an eventual court case highlighted the incriminating pattern of studio audience coughs, which are thought to have assisted Charles on his path to the £1 million prize.

In addition to Beh and Sheen, Matthew Macfadyen, Sian Clifford, Helen McCroy, and many more, make up the cast of the three-part drama, which promises to delve deep into events surrounding a noughties media storm that kept the nation reaching for the popcorn.