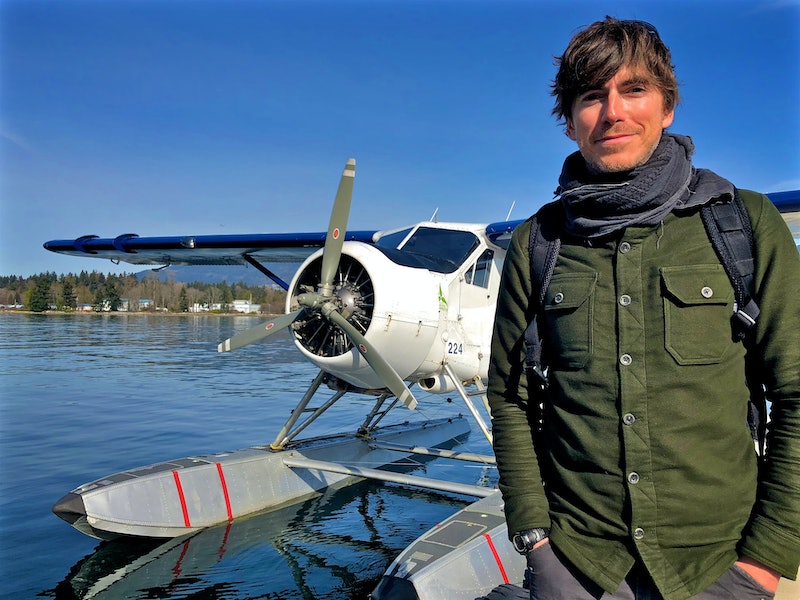 From the very beginning of his career, this individual has stood out as a maverick in his field. Proving that hard work, passion, and talent will always out even in the face of all kinds of adversities. Now a household name, Simon Reeve is most definitely creeping his way towards national treasure status. For the moment he is definitely nestled safely in the nation's sweetheart bracket and an absolute treat to behold. But who is Simon Reeve?

According to the Guardian, Reeve grew up in a three bed semi detached in Acton, west London where his mum still lives. He has opened up about his younger years being difficult as he suffered from depression and anger issues. He left school and didn't go to university. He was a bit lost at the time and according to the Guardian, found himself drinking to get through it. Although his younger years were tricky, there were bright things on the horizon for Reeve.

According to The Big Issue, his father encouraged him to apply for a post boy position at The Sunday Times. A position which started him on the path to a career which has served him pretty darn well.

Since then Reeve has gone on to carve out a career as an explorer, adventurer, and reporter. He has visited, according to The Big Issue, more than 120 countries. He has even been hunted by the KGB. Which I can't imagine was much fun but it's a good story at least.

Reeve has made a living from putting himself in the face of danger in ways the average person couldn't even imagine. So much so that he has had some seriously hairy moments. He spoke to the Independent about one such experience in Somalia, when while travelling through a bombed-out part of Mogadishu he found himself in a particularly dangerous situation. He and the group charged with keeping him safe came across another gang at a crossroads and a heavily-armed one at that. He told the publication: "They turned their guns on us, and we turned our guns on them. The guns were locked and loaded and everyone was screaming at each other."

Despite this and I should imagine a whole host of other super tense situations in his job, travelling to places the average Joe would never even imagine choosing over a trip to the Costa Del Sol — Reeve tends to focus on the positives. Speaking to the Independent he explains that yes it's a bit risky but generally there is good and kindness in people which needs to be shared with the world. He said:

"I could dwell on the danger, or I could dwell on the joy of doing this. I choose the latter, because I do think that it’s a much safer world than people fear. Of course, part of my gig is sometimes to go to places that are riskier than normal, but the world is still such a safe and welcoming place."

Reeve's latest project is The Americas and will see him undertake a mammoth exploration of the varied continent from Alaska to Argentina and all of uniqueness in between.