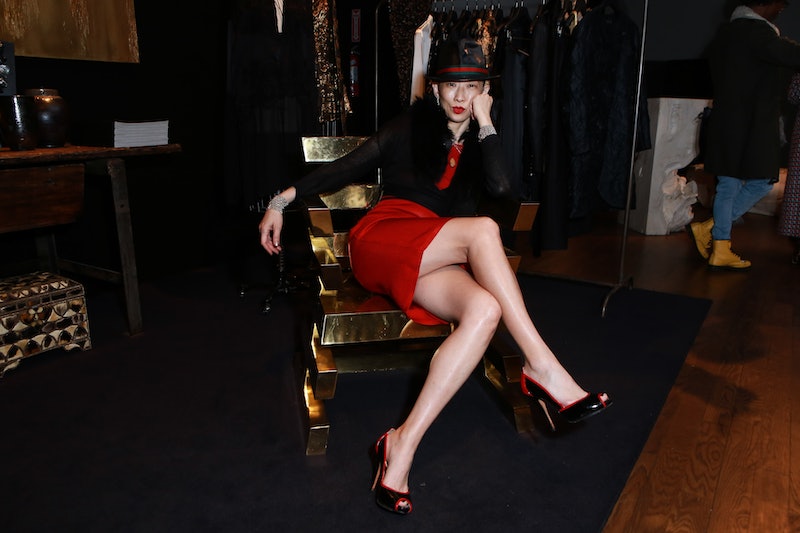 The Wu-Tang Clan’s documentary Of Mics and Men is pulling back the curtains on the hip-hop collective in a new way by revealing more information than ever about the group’s members as well as those who worked behind the scenes in their success story. Many fans will be surprised to discover that one of the most instrumental figures in several Wu-Tang member’s lives was a Korean-Canadian woman. So, who is Sophia Chang and how does she fit into the very Black (and male-dominated) world of hip-hop? Her story is certainly worth exploring.

According to HuffPost, Chang was the manager for GZA, RZA, and ODB during the 90’s when rap truly exploded into a global force. Chang connected with hip-hop music in the 80’s as a first-generation Korean immigrant who had grown up in predominately White spaces and met RZA while working for Jive Records. She was blown away by his intelligence and drive and soon formed a bond with the entire group, which later led to her managing several of the artists.

Chang, who refers to herself a “music business matriarchitect” on her website’s bio, held several positions in the music industry including A&R (artist and repertoire) at Jive and A&R Administration at UMB before retiring in 1995 to manage the USA Shaolin Temple with her husband and raise children. Her bio also reveals that she later returned to the industry to produce Project Runway All-Stars and write her upcoming memoir Baddest Bitch in the Room about her life as the first Asian woman in hip-hop. The book will certainly be a great read filled with stories about the industry from her unique perspective.

In the aforementioned HuffPost article, Chang talked about how Wu-Tang has had both a global impact as well as a profound influence on her own life by helping her embrace her roots through their love of Asian culture. “So, at the point that I’d met Wu Tang, I’d never dated an Asian man, I wasn’t attracted to them, I didn’t watch Kung Fu movies, and it was kind of my broad rejection of my culture,” Chang said. “I wouldn’t go as far as to say that I was ashamed of it, but I wasn’t embracing it and celebrating it the way I do now. So, interestingly enough, it was them who helped me go back to my roots. And it was them helping me see the beauty of my culture through their lens.”

The love between Wu-Tang and Sophia Chang is certainly mutual. Method Man answered the ultimate question “Who is Sophia Change to Wu-Tang Clan?” by calling her the group’s muse who inspired their music and pushed them to do better. The clip was posted by Chang and featured a caption where she calls Method Man her “BFF,” “bodyguard,” and the “platonic love of my life.”

Of course, RZA also answered this question, calling Chang the "ying" to the Clan's "yang," and said she would continue to play a critical role within the group. It's a professional relationship turned long-term connection and mutual respect that will make fans love and respect the group even more.

So, it's obvious why Sophia Chang is indeed a part of the Mics and Men documentary. She was a driving force behind the group's music and business decisions and is finally stepping forward to talk about her place in hip-hop history. This might be some fans first time hearing about Sophia and hopefully it won't be their last time exploring her story.

More like this
‘The Mosquito Coast’ Book Ending Includes A Major Character’s Death
By Brad Witter
Is Blake Lively Or Penn Badgley The Richest 'Gossip Girl' Star From The OG Series?
By Hugh McIntyre
Twitter Has All The Feels Over Netflix’s Revealing 'Harry & Meghan' Doc
By Sophie McEvoy
Julia Haart’s New Company Haart Sphere Still Doesn’t Seem To Exist
By Brad Witter
Get Even More From Bustle — Sign Up For The Newsletter