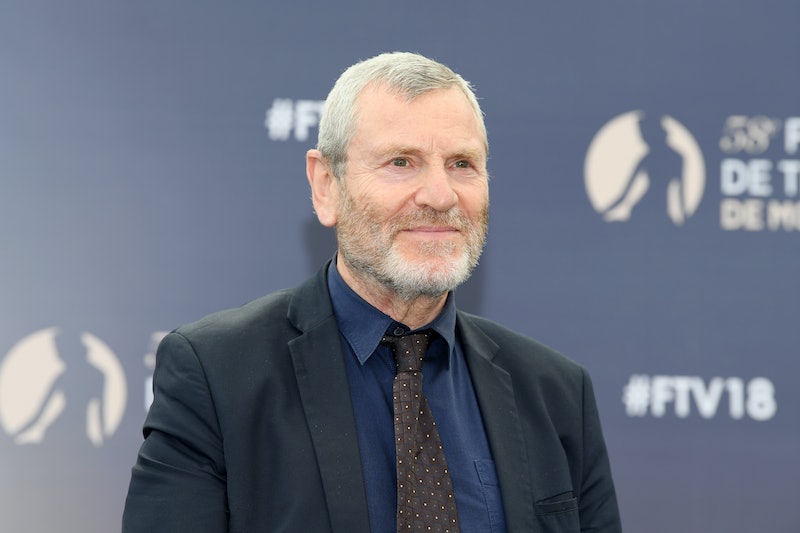 It feels like an absolute age since The Missing had the entire country gripped and became the go to water cooler opener in most work places. Fans of a good old detective led drama with lashings of mystery and a huge dollop of raw emotions were not only satiated by the show, but left hungry for more. So when it was announced that there was to be a spin off show called Baptiste needless to say, fans were ready to chow down on some prime quality entertainment, with talent to match. But who is Tcheky Karyo, the Baptiste actor responsible for bringing this story to life? The smooth talking French actor is basically smashing it in this role.

Karyo, who plays the detective after whom the show is named, has become a fan favourite and received critical acclaim for his turn as the charming bespectacled silver fox. He is a Turkish born, French actor who began his career in the theatre. As the BBC reports, Karyo began work as an actor first with the Daniel Sorano company, and then with the National Theatre of Strasbourg. Moving over to the silver screen, Karyo has had a very successful film career, mainly in French cinema, starring in iconic French productions like Dobermann, opposite Vincent Cassel and Monica Bellucci, and collaborating with Luc Besson on his films La Femme Nikita and Jeanne d’Arc.

However, he has also starred in some Hollywood productions, seemingly tending to play a bit of a villain, like in Bad Boys and Kiss The Dragon. Not the suave and intelligent detective you probably know best. Karyo is also a musician and songwriter. In 2006, he released an album, Ce lien qui nous unit, with a follow up, Credo, coming in 2013. Karyo still performs on stage, often with his guitar, with a forthcoming gig at New Morning in Paris on May 2.

There were two seasons of The Missing, and it was an anthology series, which means each season is its own story. The two seasons were so successful that the masses (me included) were baying for more. So the writers, brothers Harry and Jack Williams, ended up being commissioned by the BBC to create a new spin off, simply named Baptiste. And after series two of The Missing ended on a cliffhanger with Baptiste going in for surgery on a brain tumour, the question is, should he really be working in his state?

Joining the TV detective hall of fame by having a show that is simply his name — think Bergerac, Lewis, and Vera — Baptiste is here to steal that dang crown. In the latest dose of Baptiste realness, he is on his holidays with his wife in Amsterdam, visiting his daughter who has recently welcomed her first baby. Oh, so nice and relaxing right? No of course not, that would make for boring telly. Anyhow, the chief of police gets in touch with him, looking for his help to locate a young woman who has gone missing while working in the red light district, leaving her loved ones fearing the worst. And he basically can't say no to this chief of police because she is his actual ex. Awkies. Using his impeccable and methodical skills of deduction, Baptiste's investigation finds himself in hot water with the underground world of Amsterdam.

Speaking to the BBC about appearing on screen as the darling detective again, Karyo said he was absolutely blissed out to be back.

"Julien Baptiste is very dear to me, so I’m really excited to be following his journey to the streets of Amsterdam and seeing what dark secrets he unveils this time. No doubt he’ll continue to take great risks all in the name of justice".

Yeah, what he said. Times ten.

Baptiste begins on Sunday 17 February at 9 p.m. on BBC One.