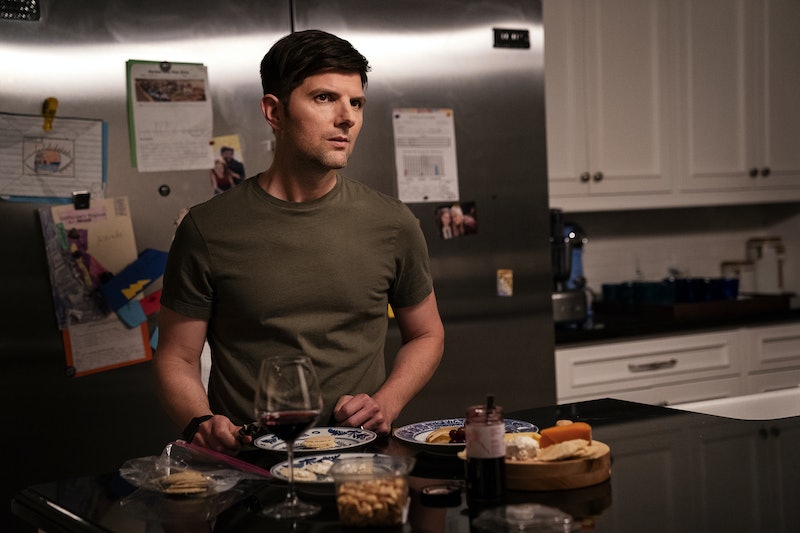 Human beings are naturally flawed. Mistakes get made. No one is perfect. But while it could be argued that every single character on Big Little Lies has behaved pretty poorly at one time or another, there's no denying that the husbands on Big Little Lies are simply the worst this season. Not that they've ever been particularly great by any means at any point since the show's inception, but Season 2 especially has felt like the men have gone above and beyond to be exceptionally bad spouses. The question is, who is the worst Big Little Lies husband of all?

Can they sense that their wives are lying to them and this bad behavior is their way of retaliating? Have they always been this way and we, as fans, somehow missed it until now? Regardless of how this situation came to pass, it's definitely a notable observation in Season 2. So, just like how Celeste was forced to take the stand this week, let's shine a spotlight on these Monterey men and call them out for these unacceptable marital crimes.

Since Perry is out of the picture and Jane is currently single, only Ed, Nathan, and Gordon are able to officially be part of this ranking. But despite the small number, these guys have made a big impact on the season — and not necessarily for the better. So without further ado, here's where these husbands currently fall in the rankings, ranging from mediocre to downright terrible.

Evidence against him: Bonnie's husband may come across as a good guy on paper. He surprises her with gifts like a treadmill and tells her that he's there if she needs him. But here's the thing — he's actually pretty oblivious to Bonnie's needs and what's really going on in her life. He simply wants his wife to return to the person she used to be. So what did he do to help her? He called her mother, a person she clearly has a stressful relationship with. This shows that he would much rather have someone else come in and deal with Bonnie instead of doing the work and figuring it out together as a couple. Plus, he's always trying to start fights with Ed for some reason, which is just unnecessarily toxic behavior to put out into the world.

Defense: He seems to genuinely love Bonnie and wants her to be happy. He just has no idea about how to go about making that happen during the tough times.

Evidence against him: The guy lost all of their money for no reason other than pure greed. He wanted more money, so he risked it all and it blew up in his face. But he didn't just do that to himself — his actions had a direct impact on Renata and everything she has worked for throughout her entire life. The betrayal and hurt he has caused her is insurmountable.

Defense: Before this, he seemed like a pretty decent guy who loved his wife and admired her ambition. Too bad that wasn't enough for him.

Evidence against him: Oh Ed, you could not be less like Ben Wyatt if you tried. The therapist may have been a little too blunt during Madeline and Ed's therapy session, but she wasn't wrong in pointing out how indifferent and disinterested he seems about, well, everything. Not to mention that he's now toiling with the idea of cheating on Madeline, despite all of the work she's doing to try and save their marriage and make amends for her betrayal. Madeline was wrong to have an affair, but it wasn't something she did to directly hurt Ed, whereas he'd be doing it out of pure spite. The cold, unfeeling vibe that's been radiating off of him all season is scary and could indicate that he's about to snap at any moment.

Defense: By the same token, the guy did just get cheated on, so he's earned the right to be angry — so long as he doesn't take it too far. There's also no denying that he loves his kids, which is arguably the best part of his personality by far. Well, aside from his former beard (RIP).

Clearly, there's a lot of room for improvement. So come on, fellas — it's time to step it up and become the men these ladies truly deserve.

More like this
'The Queen’s Gambit' Season 2 Tweet Wasn’t From Anya Taylor-Joy
By Mary Kate McGrath, Jack Irvin and Grace Wehniainen
Netflix Shut Down 'Bridgerton' S3 Rumours About A “Very Dark” Storyline
By Bustle
'That '90s Show' Is Officially Coming Back For Season 2
By Gretchen Smail and Grace Wehniainen
The Plane Crash In 'Dear Edward' Is Based On A 2010 Tragedy
By Grace Wehniainen
Get Even More From Bustle — Sign Up For The Newsletter
From hair trends to relationship advice, our daily newsletter has everything you need to sound like a person who’s on TikTok, even if you aren’t.