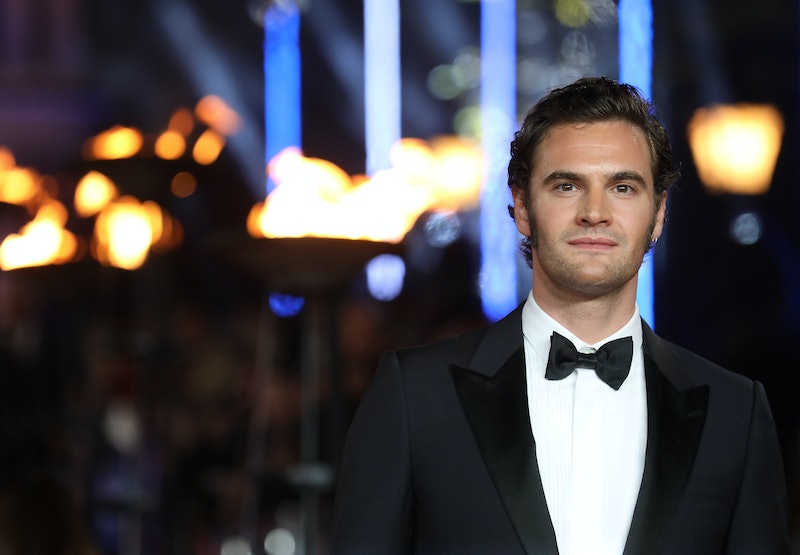 It seems like, the moment you get over your last TV thirst trap, another one comes along. And this one's a real doozie. Playing one of the lead roles in ITV's highly anticipated drama Beecham House, Tom Bateman is primed and to start the thirst cycle all over again. He's head of the the household as John Beecham, but who is Tom Bateman, and has he had any major TV roles before?

The Telegraph called Bateman "Sunday night TV's reluctant new sex symbol," so I guess we're all in agreement here. And yes, gratuitous topless scenes may very well be on the cards with this character, so set a reminder for 9 p.m. on Sunday, June 23, when Beecham House premieres.

However, before this new ITV show takes over your weekend viewing, there are few things you need to know about its leading man first.

Well, first up, let's take a look at Bateman's acting CV, which is *seriously* impressive. The star has featured in shows such as Vanity Fair, where he played to part of Rawdon Crawley, and Cold Feet, where he was cast as Justin Parker.

Along with TV, Bateman's appearances on film ain't bad either, as he played Bouc in the glamorous 2017 adaptation of Murder On The Orient Express, which starred Johnny Depp, Kenneth Branagh, and Dame Judi Dench.

However, Murder On The Orient Express is not the first time Bateman has starred alongside Dench, Oh no. Back in 2015, the two actors appeared together at London’s Garrick Theatre in a production of A Winter's Tale, as Bateman revealed to People on May 31, 2017. (In the same interview, Bateman also spoke about what it was like growing up with 14 siblings! Wow.)

So, Bateman's career has gone from strength to strength lately, and it looks like he has ambitions to go even further. In a recent interview with GQ, Bateman revealed: “Would I like to play Bond? Course I f****** would!" While he doesn't quite trump Idris Elba for me yet, he's still a strong contender.

So, what about Bateman's life outside of acting? Well, as Metro reports, Bateman is very much loved up with girlfriend Daisy Ridley (most recognisable as Rey from the galaxy far, far away). As E! reported on Friday, June 7 2019, the pair allegedly first met on the set of Orient Express, in which they co-starred.

Not much else is known about the couple, and the two are very keen on maintaining their privacy, especially in terms of social media. Back in October, 2017, Ridley revealed to Vogue that she'd deleted her Instagram entirely because, apparently, she had "some growing up to do." And, from the looks over this, Bateman appears to have the same approach to social media. Speaking with newspaper the Scotsman, Bateman said: " If you auction off parts of your life you are left with nothing but a bag of money and no soul. So I don’t do things like that, or do Twitter or social media." He's a very wise man. And I can't wait to see more from him in the months to come.