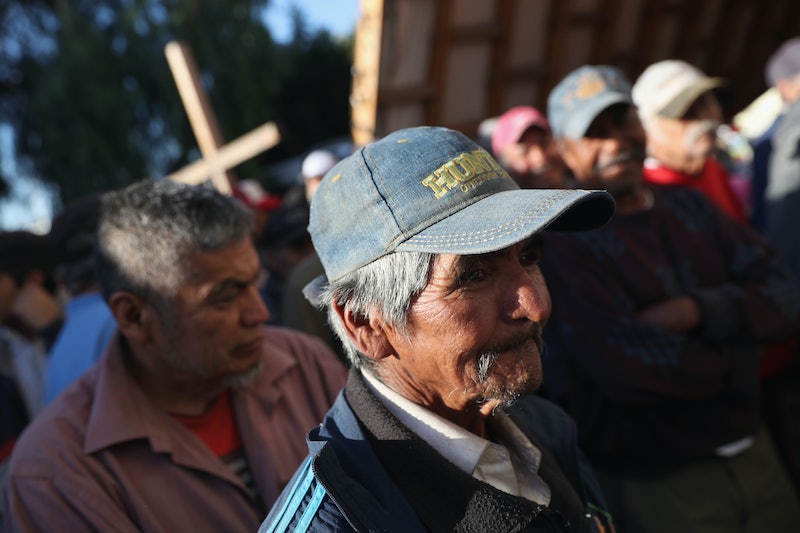 President Trump has chosen University of Texas Political Science professor Tom Brunell to effectively run the U.S. Census Bureau. If appointed, Brunell would take over leadership of the agency and, depending on the approach he chooses to take to the 2020 census, could negatively impact minority voters in future elections. Much concern about Brunell's potential appointment stems from the fact that he's indicated he believes minorities are over-counted in the census, and because he's advocated against creating competitive voting districts that are evenly balanced between Republicans and Democrats.

Brunell has served as a professor for years and has no government experience. Trump is technically nominating Brunell to serve as deputy director of the U.S. Census Bureau, a spot which requires no Senate confirmation vote. However, since the position of director of the Census Bureau currently is vacant, Brunell would be the highest-level official there if he's appointed.

Brunell is the author of a book, Redistricting and Representation: Why Competitive Elections Are Bad for America, which advocates for the creation of partisan electoral districts containing people who vote similarly (as opposed to districts split between Republicans and Democrats). According to Politico, this stance runs up against the views of many political scientists who advocate for competitive districts.

Moreover, while Brunell himself has criticized gerrymandering, which is the practice of politicians drawing congressional districts to benefit their own party, Republicans often cite his research to defend redistricting efforts, some of which have been struck down in the courts on the grounds that they suppress the influence of minority voters.

As Newsweek reported, Brunell also has said he believes that the census is designed to over-count African Americans and Latinos, leading some to worry that Brunell could make changes to the census' structure to compensate for what he believes is an over-count. A high ranking commerce department official told Politico that as deputy director of the agency, Brunell would be able to make changes to many aspects of the population survey. “There are tons of little things he could be doing to influence what the final [population] count looks like," the official told Politico.

Others have also expressed concern that, if appointed, Brunell would seek to add a question about respondents' immigration status to the census — something that is reportedly a goal of some Congressional Republicans and the Trump administration. If added, this question could result in misrepresentation of minorities, as those with undocumented status may avoid participating in the census for fear that revealing their immigration status could negatively impact them.

"This job could affect partisan redistricting in the way the Census Bureau handles non-citizen data and minority undercount," Cain says. "Given that districts are drawn on the basis of population, any effort to shape the census count in order to lessen the reported numbers of historically under-represented groups could be detrimental to minorities and the Democrats, adding to the perception that the Republicans are conducting voting wars in order to stay in power."

However, Cain cautioned against making assumptions about how Brunell, if appointed, would approach the top job at the Census Bureau. "I do not know Tom [Brunell] very well, but have met him and read some but not all of his work," he tells Bustle. "He likes to take controversial positions that challenge conventional wisdom, but he has never seemed a mean spirited, highly partisan or racist person."

Cain also added that he is "not aware" that" Tom [Brunell] has taken any positions on these issues [of non-citizen data and minority undercount]." Moreover, Cain noted that he believes that the strongest focus should not be on "what Tom has said in the past but what the Trump administration has demanded of him in the future [if he is nominated], other than of course total loyalty to Trump."

Many will be watching closely to see if Brunell gets the deputy director nomination and, if he's appointed, monitoring his and the Trump administration's actions closely to ensure that everyone's voices are equally represented in 2020.