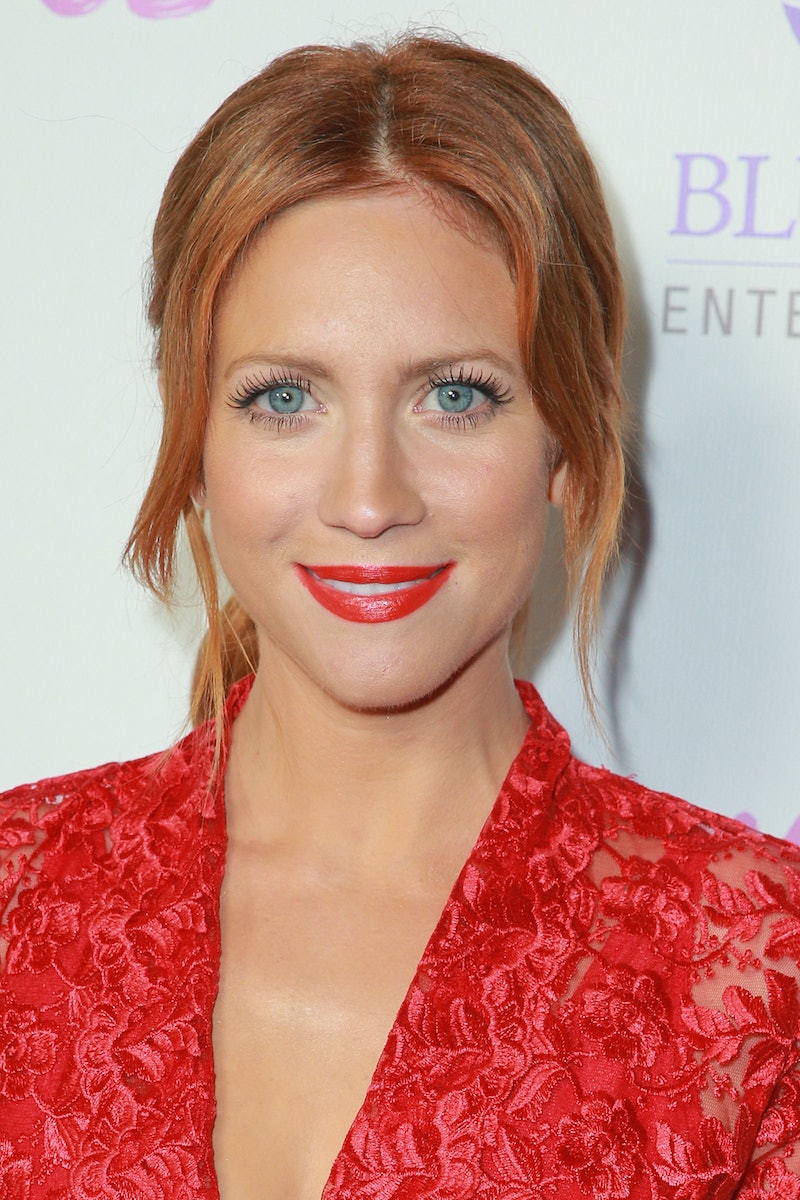 Congratulations are in order for Brittany Snow and Tyler Stanaland. The couple announced their engagement this week, and it looks like they couldn't be happier about their future together. So, who is Tyler Stanaland, the man who stole the Pitch Perfect star's heart? Snow's fiancé is a realtor who has a silly side, too.

In Snow's Instagram post about the engagement, shared on Tuesday, she called Stanaland "the man of my wildest & most beautiful dreams." With the photo showing off the ring, she wrote, "After celebrating with friends and family, we wanted to let a few more friends (you guys) know... this happened." Apparently, the two of them have actually been engaged for a couple of weeks now, but they were keeping it to themselves before sharing the exciting news with fans. (That explains why Snow's hands weren't visible in a previous Instagram post, too.)

"I'm still pinching myself and thanking my lucky stars for the truest feeling I've ever felt," the actor continued in her post. "Thank you @tylerstanaland for the happiest day of my life & for not proposing in this creepy empty restaurant," she added, referring to the two engagement pictures she posted, which appear to have been taken in a diner of some sort.

Stanaland also shared a sweet post about the engagement news, along with a close-up of Snow's ring. He shared a heartfelt message about the reasons he loves the actor, writing in his Instagram caption,

"I don't know how I got so lucky and I don't know that I really understood what love is until you. Everything changed when we met. You are the most beautiful, intelligent, thoughtful, caring, incredible human and I couldn't be more excited to do life with you. Here's to forever and making our wildest dreams come true. Love you to the moon and back."

Stanaland seems like a fairly private person, but there are some details about his career that are available online. His agent profile on the John Stanaland realty website explains that he sells luxury homes in Orange County, California. He also has a public Facebook page where he talks about his real estate work, and he shared his Instagram post about the engagement there, too.

When he's not selling houses, Stanaland seems to take full advantage of living in California. He love surfing, based on his Instagram posts. And he's apparently pretty good at fishing, too.

Stanaland has also shared cute photos of him and Snow hanging out together, and it looks like they're totally comfortable with each other. His most recent Instagram post before the engagement announcement is a picture of them wearing face masks together, a true sign of intimacy.

Plus, the couple seems to share a similar sense of humor. They went with some pun-inspired costumes for Halloween last year, and it shows they're on the same page. Stanaland went as Vampire Weekend, complete with Dracula-inspired teeth, while Snow used a bird mask and a deck of cards to represent Counting Crows.

Snow and Stanaland seem to be totally happy with each other, and it looks like their engagement is off to a great start. They have pretty different careers, but when it comes to their hobbies and sense of humor, the couple has a lot in common. Whether they're out on the town or just relaxing together at home, these two are definitely head over heels.