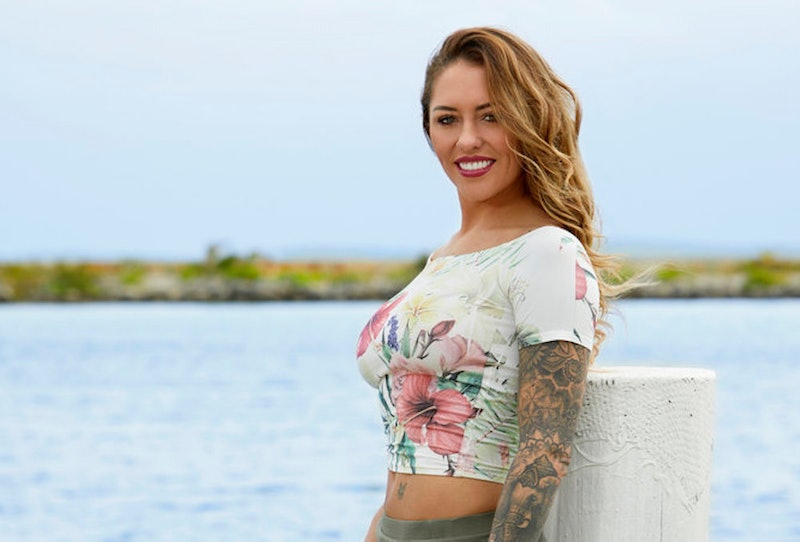 The benefit about doing a reality show based on a group of friends is that they bring a whole history with them, and that can often lead to fun-to-watch drama. Take Vanessa Cavanaugh from Unanchored, for example. According to her Bravo bio, this cast member has a long history with another star on the show Max Craddock, and you just know that Bravo is going to focus in on that.

According to its "about" page, Unanchored is sort of like a DIY Below Deck. The party-going sailors are also the crew, doing all of the boat maintenance, cleaning, cooking, and fun-having. It's a full time job when they're at sea, but the group of friends have real jobs on land as well. Her bio states that Vanessa is a hairdresser when she's not traveling around the world, and that job gives her the flexibility she needs to vacation at a moment's notice.

That's how she was all, like, at the Versace mansion in Miami, and then in Hawaii, and then in San Francisco, and then in Belize in just a few weeks time. That's also just a fraction of the traveling she's done, according to her Instagram. Girl's been to Costa Rica, New York, Spain, Turks and Caicos, Illinois, Florida, The Bahamas, and all up and down California — in just this year alone.

She just can't sit still, with her bio reporting that she once up and moved from Miami on a whim to San Fransisco, and then later changed her mind and just moved to Naples.

So, filming a show about traveling around at sea is right up Vanessa's ally. But, the trailer hints that it could also come with some drama:

Max and Vanessa go way back, and it's not all been smooth sailing. According to Max's Bravo bio, it's been on-again-off-again, and when they last parted, it was off — with them both promising not to hook up if they crossed paths again. Well, this is Bravo, and the trailer shows it's basically already a thing.

Vanessa's own bio calls their relationship "famously tumultuous" which is always a good thing when you're going to be trapped on a boat together for weeks at a time. Oh, and Vanessa has apparently tried to make Max jealous before with their mutual friends — who will also be on the trip. What a recipe for success. It's no wonder she warned viewers on Instagram to "BE PREPARED" for the season premiere.

And if you're wondering if the drama is going to manufactured between them, it's probably not. According to her Instagram, Vanessa and Max have long been real friends. They even went to Burning Man together, and she praised his friendship in another post about a ski trip they took. "One of the most beautiful qualities of true friendship is to understand and to be understood," she captioned the sweet photo, borrowing a quote from philosopher Seneca.