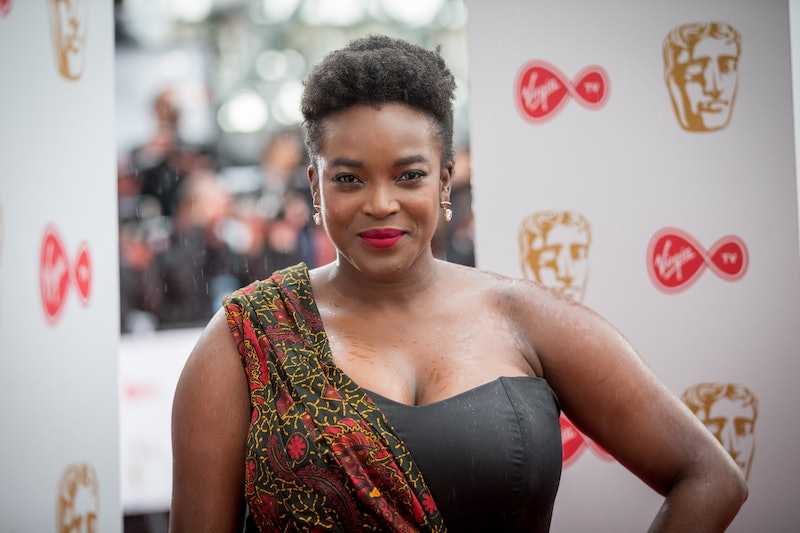 The New Year is finally here and whilst I had been waiting for the celebrations on New Year's Eve, it is New Year's Day which I am really excited about for one reason, and one reason only. Luther is back on BBC One and whilst the wait may have been long, it looks like it will have been so worth it. With a spate of horrendous murders sweeping across London, DCI John Luther (played by Idris Elba) is joined by new recruit DC Catherine Halliday to unravel the corruption. But who is Wunmi Mosaku, who plays Halliday? You will definitely recognise Elba’s BAFTA-winning co-star from some blockbuster hit movies and she isn’t a stranger to playing a member of law enforcement either.

Series five of Luther will start on New Year's Day, and according to the BBC, Luther and DC Halliday “are confounded by a complex tangle of leads and misdirection that seems designed to protect an untouchable corruption.” I have goose bumps just reading about it. So Elba’s co-star is a pretty big deal in her own right. The Guardian reports that Mosaku was born in Nigeria and moved to Manchester with her family when she was a baby. After finding her passion for performance, she applied to RADA and graduated in 2007.

Speaking about her personal life in the Guardian she said:

“There’s nothing like being in my grandma’s house. But I definitely feel like a Mancunian in Nigeria. The smells, tastes, everything is familiar, it feels like a home I once knew. The taste of guava is my first memory. I remember somebody picking it from the tree and throwing it down to me. But the rain, the overcastness, of Manchester feels like home.”

In many ways, it seems Mosaku's roles up to this point have been preparing her to take on DC Halliday. She first appeared on our screens in 2009 in the BBC crime drama Moses Jones. In 2010, she appeared in the iconic forensic thriller, Silent Witness as Charlie Gibbs. In 2018, Mosaku starred in Channel 4’s Kiri, a dramatisation that told the story of the abduction and murder of a young girl, as DI Vanessa Mercer. So, it looks like Mosaku’s CV is all but written for the part of DC Halliday, but that did raise some concerns for the actress. Speaking to RadioTimes.com, Mosaku explained:

"It’s really hard because if you read a good script and the part you fit into is the police officer, it’s like, do you give up a really good story and a really great opportunity because it’s a police officer again? I wouldn’t want to.”

I think we can all be glad she didn't. Outside of TV, Mosaku has received most recognition for her work in film. In 2010, she led the cast of I Am Slave, a film that is based on London’s slave trade and tells the story of a woman's battle for freedom. She also appeared in massive blockbuster hits Batman v Superman, and Fantastic Beasts And Where To Find Them.

However, it was her role as Gloria Taylor in the BBC drama Damilola, Our Loved Boy that proved Mosaku's real star power. Playing the mother of a Damilola Taylor, the 10-year-old boy who was stabbed to death in London in 2000, the story follows his parents' fight for recognition and justice. Her performance won her best supporting actress at the 2017 BAFTAs. Speaking to the Telegraph after winning she said: "The scary thing is that I sometimes think, ‘Oh, I’ve won a BAFTA. This could be the top of the precipice.’” I think it is fairly safe to say that that is absolutely not the case.

I have been waiting for the return of Luther for a long time and I am definitely not the only one. Speaking in a statement issued by the BBC, Elba said “it’s good to be back in London, back in the coat.” With more killers to catch and Mosaku now on the team, I am shifting towards the edge of my seat already.

Luther begins on New Year's Day at 9 p.m. on BBC One