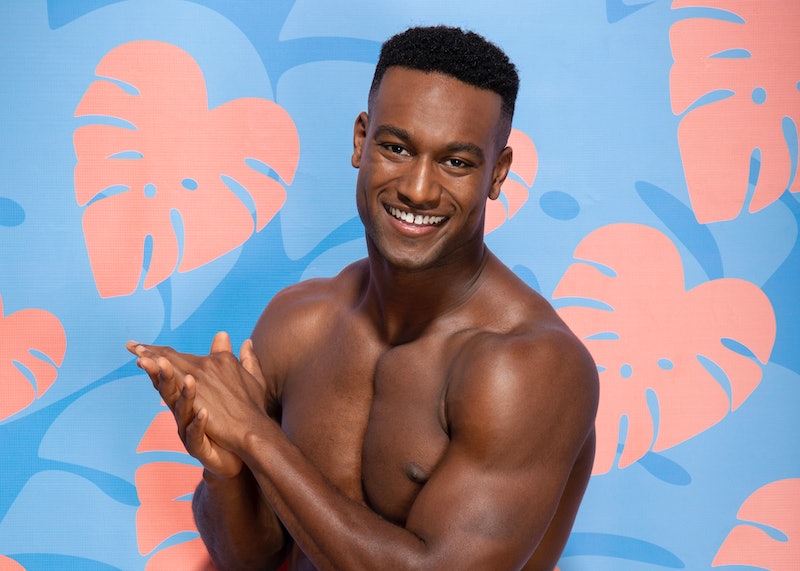 Now that the British reality series Love Island is coming stateside for an American adaptation, it's time to meet its eager cast of characters. The show — which features 11 hot singles mingling in the tropics, à la Paradise Hotel — premieres Tuesday, July 9 on CBS and promises to be filled with drama, flings, and plenty of tropical scenery (the show is set in Fiji, after all). One such contestant on the American Love Island is Yamen Sanders — a 24-year-old real estate agent from L.A., according to his CBS bio.

Per his Instagram, Yamen attended the University of Montana, where he played safety (a defensive position) for the Montana Grizzlies. Per 406 MT Sports, Yamen began his college career at FBS Arizona and transferred to Montana in 2015. The article stated that Yamen was invited to a mini camp with the Oakland Raiders back in 2017, but he was not picked up by the team. However, Yaman isn't the only athlete in his family: His father played professional basketball overseas, per his CBS bio.

As a result, the Love Island contestant often traveled around for his dad's job and is now fluent in Italian. Perhaps his bilingualism will come in handy during the reality show.

And it appears as though Yamen still travels quite a bit. He had a series of Instagrams in Cape Town, South Africa, where he posted a video of his Uber driver getting out of the car to stretch, as well as doing some community outreach in addition to some modeling. He's also posted pics from the Dominican Republic, Vegas, New York City, and Miami.

Yaman's CBS bio says that he's a real estate agent, but modeling seems to be his main goal at the moment. Back in 2018, Yamen said on Instagram that he'd signed with Willhemina Models — a modeling agency in New York. Since then, he's done ads for Nike and Tommy Hilfiger, among others. In August 2018, he announced that he'd signed with 20 Model Management, which is based in Cape Town. Furthermore, he walked in Miami Swim Week back in 2018 and L.A. Fashion Week earlier this year.

In addition to his modeling, he's also launched his own clothing line — Kill the Doubt — which currently features two T-shirts, a hoodie, and a reflective vest. "The brand represents always believing in you and never doubting yourself!" he wrote in an Instagram post.

Indeed, Yamen is clearly a proponent of positive thinking, and often posts about staying motivated, receiving blessings, and working hard. But while he's all about the hustle, Yamen also knows how to cut loose. And he seems pretty confident that he's perfect for someone special. "Yamen believes deep down he's a great catch," his bio reads. "He's the life of the party and isn't short of confidence, but also knows why he's still single, claiming, 'I haven't found anyone that interests me enough to completely settle down for.'" Maybe that person is waiting for Yamen in Fiji.

More like this
Twitter Is Saying The Same Thing About Ekin-Su’s 'Dancing On Ice' Debut
By Sophie McEvoy
This Pre-'Love Island' Video Of Olivia & Zara Together Changes Everything
By Bustle UK
Laura Anderson Pulled The Ultimate Girl Power After Her Break-Up
By El Hunt and Megan C. Hills
Twitter Can’t Make Up Its Mind About Ekin-Su’s 'Dancing On Ice' Skate-Off
By Sophie McEvoy
Get Even More From Bustle — Sign Up For The Newsletter
From hair trends to relationship advice, our daily newsletter has everything you need to sound like a person who’s on TikTok, even if you aren’t.