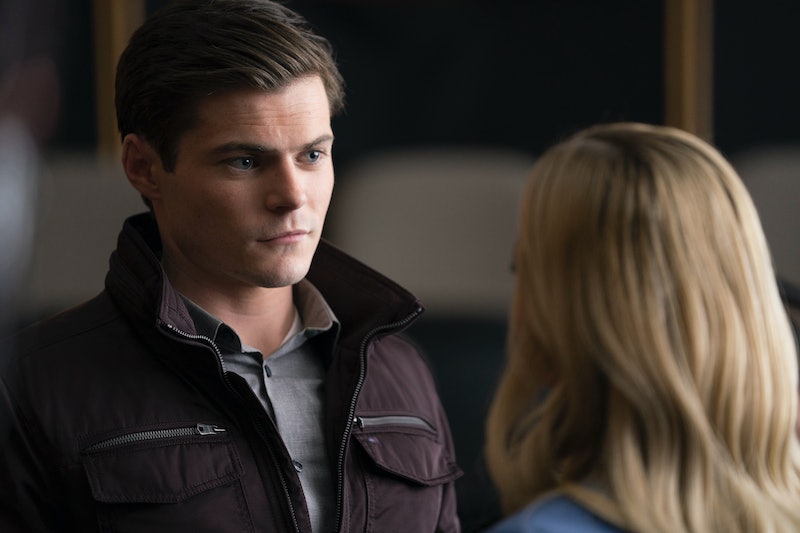 Spoilers ahead for The Perfectionists book. Sara Shepard is basically royalty when it comes to the world of YA fiction to TV drama adaptations. Pretty Little Liars, which ran for seven seasons from 2010 to 2017, ranks among the most-adored soapy teen dramas like Gossip Girl and The Vampire Diaries. Now, Freeform is taking a crack at another one of her stories: The Perfectionists. PLL: The Perfectionists premieres on March 19, and it promises to be packed with just as much drama and mystery as its predecessor. And the main mystery at the heart of all the action is — who killed Nolan Hotchkiss and why?

In the trailer for The Perfectionists, it looks like Nolan (played by Chris Mason) has at least somewhat ingratiated himself with his classmates, Ava, Caitlin, and Dylan, and co-exists with them on at least a frenemy-like basis. However, in the book series, Nolan is a bully who never hangs out with any of the main characters, except for Parker, with whom he actually had secret a relationship. (And that character isn't even in the TV show.)

Show-Nolan can't be all good, though, as he winds up impaled on a fence by the end of the first episode. Clearly, there are multiple people with possible motives for ending Nolan's life, but who was brazen enough to actually go through with it?

In The Perfectionists book, the central characters Ava, Caitlin, Mackenzie, Julie, and Parker aren't exactly friends in the beginning. However, they all come together when they realized how they've each been wronged by Nolan in the past. They jokingly plot to kill him, but never really intended to go through with it. It's all the more shocking then, when he shows up dead in exactly the same way they'd discussed.

The major twist in The Perfectionists book comes at the end when the reader learns that two of the main characters, Parker and Julie, are actually the same person. According to Refinery 29, it turns out that Parker had been murdered by her abusive father from the beginning of the story. Julie, overcome with guilt that she didn't let Parker sleep over the night her father killed her, invents a split personality called "Parker" to cope with her grief. It's while she's in her Parker state that Julie commits the murder, and is unable to remember any of it.

In the Freeform show, however, it looks like both Parker and Julie's characters have been replaced with Pretty Little Liars alumna Alison DiLaurentis (played by Sasha Pieterse) and Mona Vanderwaal (played by Janel Parrish). It's possible they could choose to transfer the split-personality storyline to Caitlin (played by Sydney Park) and Ava (played by Sofia Carson), or possibly even Alison and Mona, but it's also possible they'll go in a completely different route.

In the universe of Pretty Little Liars, you can never really rule out any options, no matter how outlandish they might seem. Who knows — maybe it'll turn out that the body on the fence was only a decoy, and Nolan isn't even dead at all...