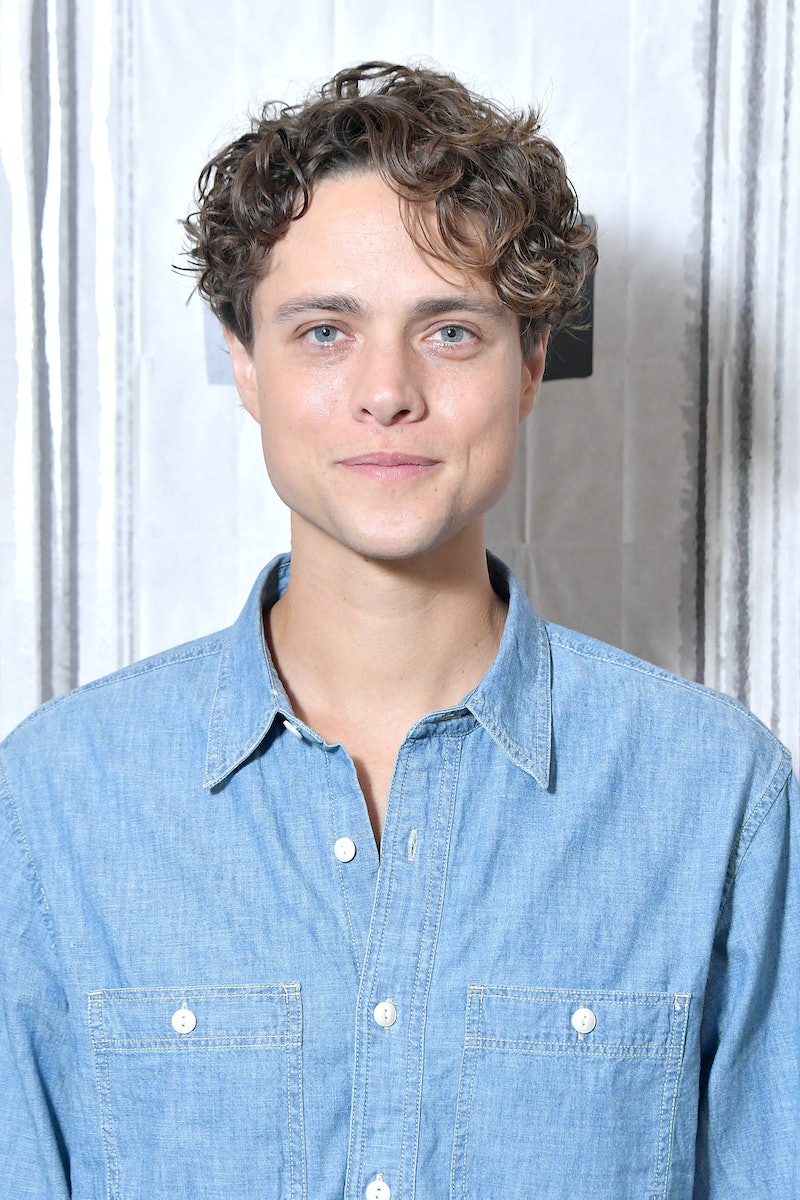 It has to be intimidating for new cast members to step onto the set of Big Little Lies. Reese Witherspoon! Laura Dern! Zoe Kravitz! Nicole Kidman! The ensemble is about as star-studded as it can get, and if you're not yet a legend like Meryl Streep, that can be a lot to take in. So hopefully Douglas Smith, who plays Corey on Big Little Lies Season 2, was up to the task.

Though Smith isn't as well-known as some of the other actors on the show, you still might recognize him from your other favorite dramas. He'll probably be right at home at HBO — Smith played Ben Henrickson for five years on Big Love, the network's Bill Paxton-fronted, Golden Globe-nominated drama. He's had steady work since, including a multi-episode stint on HBO's short-lived Vinyl, and a starring role on The Alienist alongside Dakota Fanning, Luke Evans, and Daniel Bruhl.

So yeah, he can probably do Monterey proud. According to Deadline, Smith's character, Corey Brockfield, is "an off-beat surfer, aspiring marine biologist and Jane's (Shailene Woodley) co-worker." Could this be Jane's romantic interest? It certainly looks like it. Lord knows she could use a stable, kind, loving man in her life after what she went through last season.

In an interview with Build, Smith said he hadn't seen Big Little Lies before he went in for his audition, though he said he had "people in my life who were really obsessed with it." He chose not to watch at all until after he got the part, because he was worried he'd be more nervous in the audition if he watched and realized how good it was. Probably a good choice! But now he's seen it, and he's ready to tease what's next.

According to the interview, Smith's character is going to be a little hard to read. He sounds pretty mysterious, which means he's basically the perfect Big Little Lies addition.

"He's a bit quirky, a bit ... It's kind of hard to tell exactly what his motivations are and what his interests are. He's kind of one of those people where when you're talking to them, you can't tell if they really like you or really don't like you. There's something just a bit off."

That's about all we'll know about Corey for now, but here's a few other fun facts about Smith.

He's got some footage of himself playing music on his Instagram account, and he's credited as a composer for a 2009 episode of Roommates.

He's Got An Adorable Wife

Smith is married, and frequently shares photos of himself and his wife.

And A Very Cute Cat

This cat appears on his Instagram feed nearly as much as his wife does, so that clues you in on how much love is there.

Plus He Loves Dogs, Too

As for Corey, there are a lot of questions hanging in the balance as we head into Season 2: what kind of role will he play in Jane's life? Will he find out the secret she and the other women are hiding? How will he get along with Jane's son? See how things unfold when Big Little Lies returns Sunday, June 9.