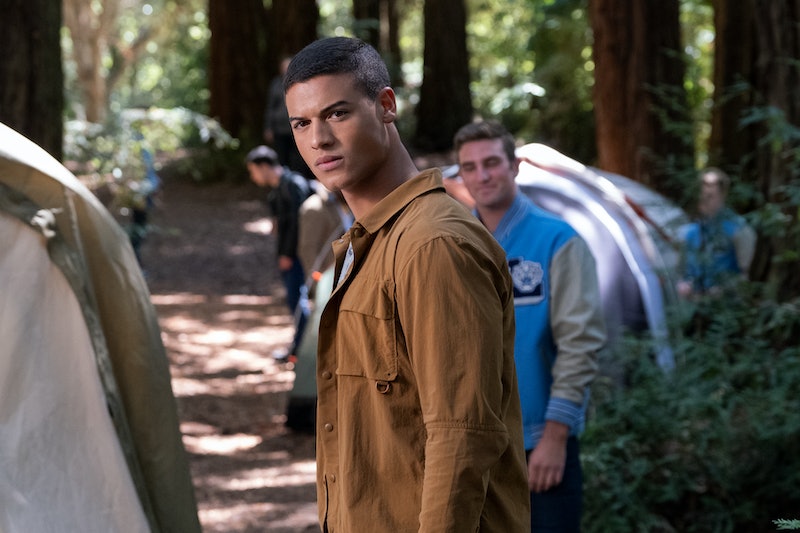 After all the drama, pain, and heartache they have suffered over the last four years, the students of Liberty High are preparing to graduate and leave the demons of their past behind them. But in order to do that, they have one more challenge to face in the form of 13 Reasons Why newcomer, Diego Torres (Jan Luis Castellanos), who could ultimately prove to be Clay and co.'s downfall if they aren't careful.

According to his official character description, per Deadline, Diego is "a charismatic, aggressive, and fiercely loyal leader of a divided football team struggling to understand the loss of one of their own." He's also noted as having a violent temper, which is used to mask the hurt that he feels over these unexplained losses, which for him, just don't seem to add up.

To make matters even more complicated, he'll find himself "falling for one of Liberty High’s most complicated women." The woman in question isn't mentioned by name, though many fans would agree that Jessica could easily fit the bill for that description, which could put Diego in close proximity to the group — and potentially finding out the truth about what really happened to Bryce and Monty.

As the Season 4 trailer reveals, Diego will align himself with Winston, who developed an intimate relationship with Monty shortly before his imprisonment and eventual death at the end of Season 3. Both guys think there's more to this story than meets the eye and they don't intend to stop investigating until they get some answers.

It's an intense and challenging role to play, but one that Castellanos seems more than equipped to handle. Aside from his latest gig on the Netflix series, the actor has also starred in hit streaming shows such as Marvel’s Runaways, where he played Topher. He's also set to star in sci-fi series Don’t Look Deeper, which is slated to come out on Quibi, though an official premiere date has yet to be announced.

Now that he's tied to such a prominent Netflix show, Castellano's popularity is sure to skyrocket from here. Odds are once this is all done, we'll be seeing a lot more of him on our television screens.