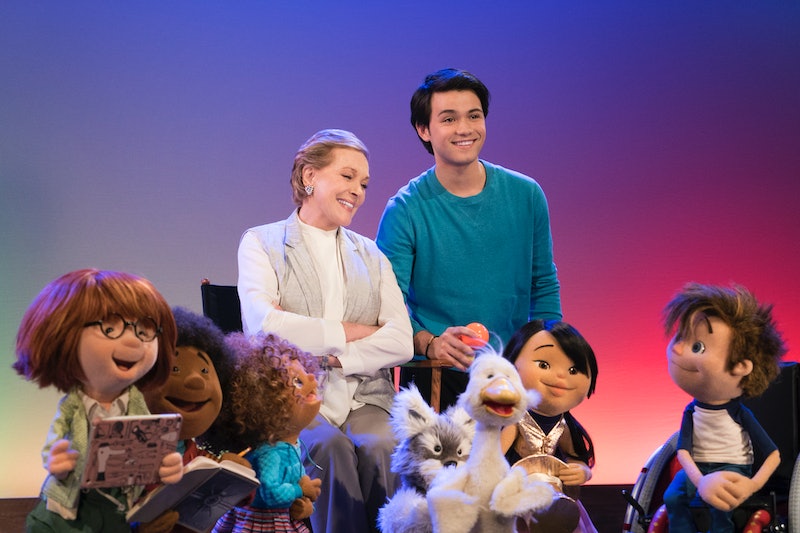 Whether you're watching the new children's program on Netflix by yourself or with little ones, you'll notice that Julie's Greenroom is not only charming and educational, but throws in some truth about the art of making art. Julie is always concerned with impressing a potential patron, and her stage manager never has a moment to spare. Who is Gus on Julie's Greenroom? Played by actor Giullian Yao Gioiello, Gus is Julie's assistant who interacts with the muppet characters most of the time.

Gus, like many stage managers before him, is the somewhat unsung hero of Wellspring Center for the Performing Arts — though I think even the youngest viewers will understand and appreciate his value in the theater. Gus teaches workshops, leads warm-ups, makes Julie's tea, orders the instruments, builds sets, organizes props, runs the lights, and stage manages the productions. He puts together video presentations about all of the special guests. Gus is also a talented performer who sings and beatboxes.

Anyone who has ever worked behind the scenes, especially in a local community theater environment, knows that this is commonplace. Theatre is a collaborative art form, but you still find yourself wearing many hats and helping out wherever is needed. That's just one of the many important lessons about the performing arts that Julie's Greenroom.

You may recognize Gioiello from The Carrie Diaries, or films like Catfight and Jack of Red Hearts. He and his former Carrie Diaries costar Stefania LaVie Owen are still BFF, too. He is a New York actor who has also appeared in several short films, but doesn't have a whole lot of professional credits. On Julie's Greenroom he plays ukelele and percussion, but can also play the guitar IRL.

According to his Instagram, he travels a lot — to places like Japan, Taiwan, Sicily, and Switzerland to name a few. His twin sister Lulu Yao Gioiello is an art director and photographer. Hopefully we'll see more of Gioiello soon, on Julie's Greenroom and elsewhere!