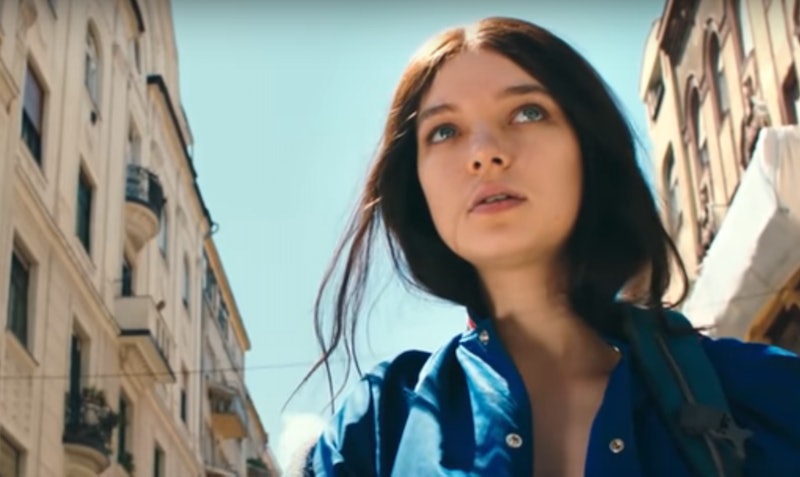 If Killing Eve left you wondering where all the other British female-led spy stories are, Hanna might just be the answer you've been searching for. Based on the 2011 film of the same name, the upcoming Amazon series stars Esme Creed-Miles as the titular Hanna, a teen assassin raised in the Finnish wilderness (at least, that's how the movie went). At just 18, Creed-Miles is a relative newcomer, but this role could help to kickstart her career.

Though the actress is just starting to make a name for herself, show business definitely runs in her blood. According to Media Eye, she's the daughter of British actors Samantha Morton and Charlie Creed-Miles. Per IMDb, Morton has appeared in Minority Report, Fantastic Beasts, Sweet and Lowdown, and In America — the latter two earning her Oscar nominations. Creed-Miles' father, on the other hand, is both a musician and an actor, best known for his appearances in The Fifth Element, King Arthur, Peaky Blinders, and Wild Bill.

In fact, it was acting alongside her mother in the 2007 film Mister Lonely that marked 7-year-old Creed-Miles' on-screen debut. She played the small role of Shirley Temple, while her mother played Marilyn Monroe. After that, Creed-Miles took a hiatus from acting — until, Slashfilm reports, her mother's agent encouraged her to throw her hat in the ring for a role in Clio Barnard's drama Dark River. Creed-Miles ultimately snagged the part, playing the younger version of lead character Alice (Ruth Wilson).

Speaking to Screen Daily about Dark River, Creed-Miles explained that she then decided to pursue acting more enthusiastically. "I decided, this is kind of cool, and I'll see where it takes me," she said.

The following year, she played Sister Stevie in the English indie film Undercliffe, which stars Laurie Kynaston as a man recovering from amnesia. She most recently appeared in Pond Life, a 2018 film from Open Palm Films, the same studio behind Undercliffe.

However, acting isn't the only art that this young star is passionate about. Creed-Miles's Instagram shows that she's also a talented visual artist, with a special focus on drawings and etchings.

In the same Screen Daily interview, Creed-Miles said that starring in Hanna is the chance of a lifetime, but she also knows it's a job her parents have prepared her to handle. "With jobs like that, you never think you're going to get it. You... just have to not get freaked out," she explained. "That's one thing where my parents gave me that upper hand. They've experienced the rejection that actors get all the time. When you have that zen-ness about it, things maybe come your way a bit more."

Overall, it sounds like Creed-Miles is approaching her career with an optimistic but down-to-earth attitude. "[After Hanna,] I'm going to try to make some short films and experiment — it's something I’m interested in. But hopefully more exciting things are to come."

At this rate, it seems like more exciting things for Esme Creed-Miles are just about guaranteed.