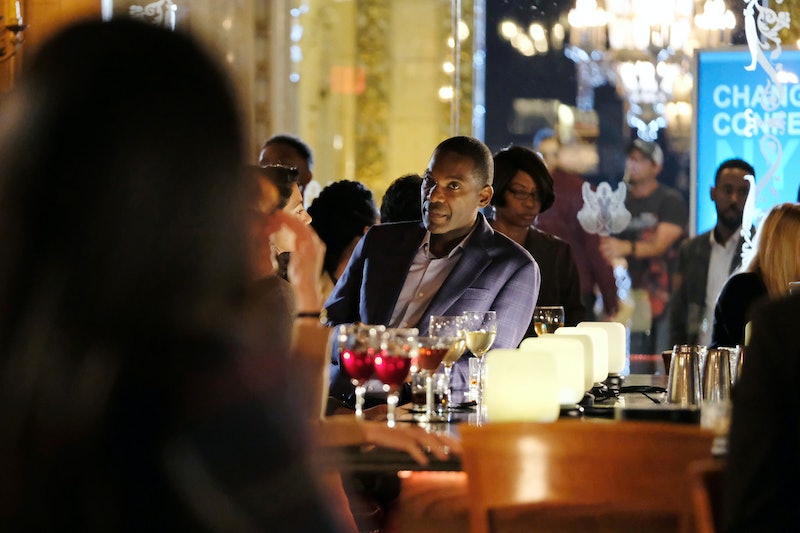 How To Get Away With Murder may be in its final season, but it’s showing no signs of slowing down — and it’s still adding new characters into the mix. The latest new addition to the How To Get Away With Murder is family is Ray Campbell as Michaela’s long-lost father Solomon Vick who is definitely complicating things for her and those closest to her.

Campbell’s starred on shows like Better Call Saul, The Gifted, Colony, NCIS: New Orleans, Breaking Bad, and The Shield, so it’s no stretch that he’s guest-starring on another show filled with dramatic twist and turns. On How To Get Away With Murder, Campbell’s character is just as slippery as everyone else is. Michaela thought that her dad was a man named Dwight who shot her mother before dying in jail, but it was revealed earlier this season that Dwight isn’t her dad at all. Instead, Michaela’s dad is fancy defense attorney Solomon Vick, who represented Michaela’s mom during Dwight’s trial and had an affair with her.

Annalise knew about all of this because she was on Solomon’s legal team at the time, and Annalise allegedly had to quit because she knew that Solomon was the kind of guy who fathered children with his clients.

So that's why Annalise felt compelled to handpick Michaela to her team way back in the beginning of the series — guilt! As of the Oct. 17 episode, both Solomon and Michaela know that Solomon is her dad. Apparently, he’s been waiting for her a long time, but why he hasn't said anything (or what exactly he's seen) is still to be determined.

Campbell has been tweeting about his appearance on How To Get Away With Murder, but he hasn’t said virtually anything about what to expect from his character's journey with Michaela, though to be fair, he might not even have read those scripts yet either. This final season has been kept very much under wraps.

Even How To Get Away With Murder showrunner Pete Nowalk is staying mum about this development of Michaela’s dad, mostly because he’s not entirely sure how it’s all going to work out. “I think, like the characters, I don't know what they're going to do in certain situations until they get there,” he told TV Guide. “I want it to be surprising and not just because nothing in our world really is.”

Michaela was certainly surprised that her real father not only knew her name but also knew exactly who she was when she snuck into his hotel room. This adds another level to those flash forwards that have been happening all season, too. Michaela is being questioned in the wake of Annalise's apparent murder and it makes sense now that she would be the only one of the Keating 4 to have a movie for her death. Annalise hid her father's identity from her — even when she expressed a desire to know more about him — and that's the kind of thing you don't necessarily have to forgive.

More like this
Our First Look At 'Vardy V Rooney: A Courtroom Drama' Doesn’t Disappoint
By Bustle UK
David Tennant’s Transformation In ITV’s 'Litvinenko' Is Astonishing
By Sophie McEvoy
Mara Hung Out With These 'Bachelor' Friends Before Joining 'Paradise'
By Grace Wehniainen
How Is The British Royal Family Related To The Romanovs?
By Karen Fratti
Get Even More From Bustle — Sign Up For The Newsletter