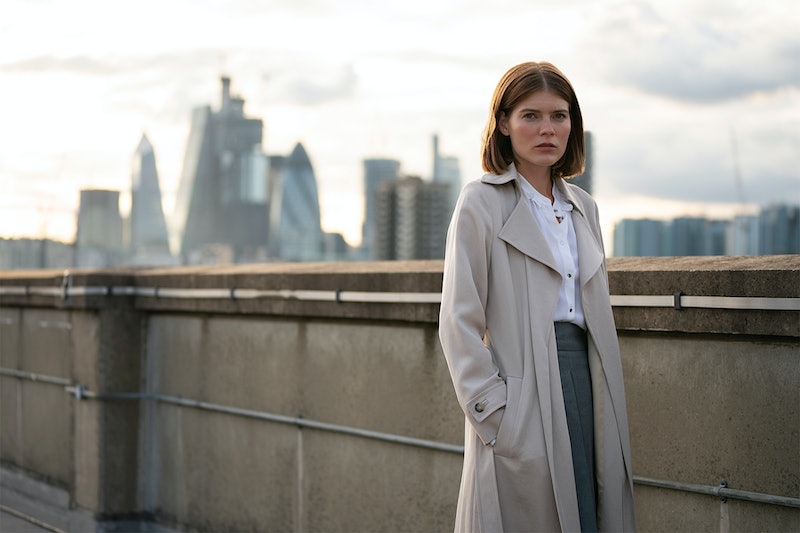 If you're a fan of sci-fi and mystery, you're going to want to check out The Rook. The Starz series, adapted from a novel of the same name by Daniel O'Malley, has a premise that immediately sparks curiosity. Per IndieWire, Emma Greenwell stars as The Rook's Myfanwy Thomas, a woman who wakes up in the middle of London, surrounded by dead bodies wearing latex gloves, with absolutely no memory of her life and no idea who she is. Not long after, she learns she's part of a secret organization full of members with paranormal abilities. Whew.

You've probably seen Greenwell before. She's no stranger to television, having been in dozens of episodes of both Shameless and The Path. Greenwell also played Caroline Bingley in the quirky Pride and Prejudice and Zombies, and her very first IMDB credit was a stint on True Blood in 2012. Those latter three projects in particular prove that she's not afraid of sinister, supernatural plotlines, so she might be the perfect one to play Myfanwy.

Greenwell told Red Carpet Report that once she was cast, she started to read the Rook novel to get a better grasp on her character, but was told by the people running the show that she should stop immediately. They wanted her to go in blind, nearly as confused as her character, which adds another interesting dynamic to her performance.

"We kind of approached it almost like a play rehearsal," Greenwell said of how the show found Myfanwy's personality. "We did takes very differently, and sort of found the character through what we felt like in the moment. We tried different ways because she has no backstory... It was very freeing."

The actor herself also has had the jarring experience of not being able to remember things that have happened to her — she told TVInsider that she forgot "12 days of [her] life" after suffering a concussion when she was 19. That experience gives her the ability to relate to Myfanwy in a very personal way as her character tries to piece together what she can't remember, albeit on a much larger scale. "I know the feeling of being a bit discombobulated," she noted to Red Carpet Report in the above piece.

Even those who read The Rook novel will probably be intrigued by how Greenwell tackles her character. Though the scenario and settings of the show are lifted straight from the book, the show will expand more upon that foundation to learn more about Myfanwy.

"We spend more time in this season ... exploring who Myfanwy is. Her primary concern is her own identity, trying to figure out who she is," executive producer and co-showrunner Karyn Usher said at TCA, TV Guide reports. "She has lost her memory and everything she touches is a clue, trying to figure out her past and what happened. That general premise we took from the book. The world we took from the book."

There's still so much to learn about Myfanwy as fans embark on The Rook's first season, and viewers will be able to do so right alongside the character, and the actor, themselves.