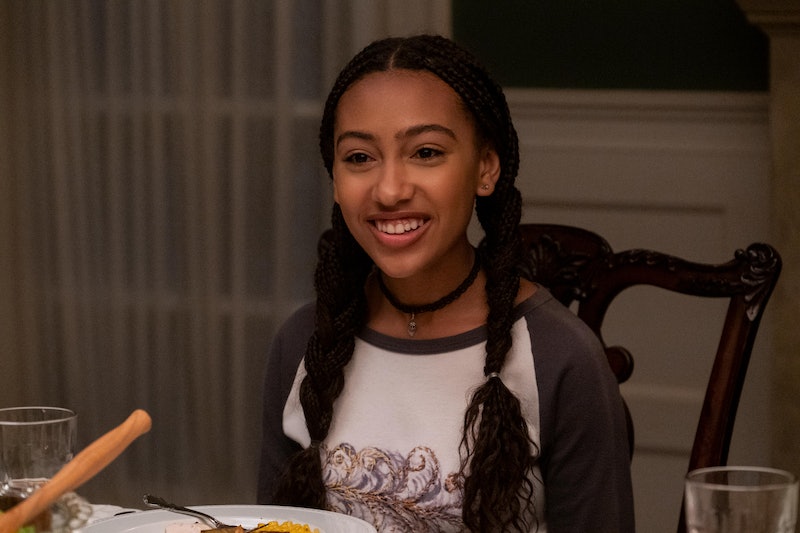 She may play Kerry Washington's daughter Pearl in Little Fires Everywhere, but Lexi Underwood is actually another famous actor's real daughter. Blair Underwood isn't one of those acting parents who discouraged his kid from joining his industry, and Lexi Underwood has been making a go of it since she was 12. She told AirMail that her parents listened to her when she was young and brought her to Los Angeles for a three-month acting exploration that soon turned into years. She'd actually just about given up on really cracking into the industry when she landed her role in Hulu's Little Fires Everywhere.

"It's very hard," Lexi told AirMail of the audition and rejection process. "It's a huge sacrifice that everybody's making. So, at that point, I was just like, 'Let's just go home.' But then my mom was like, 'You really wanted to audition for Little Fires. Just go in and do it and do your very best. And if you don’t get it and you still want to go home, fine, that's totally cool. But at least just go in there and show them what you’ve got.'"

Lexi's best ended up doing the trick, and she was cast alongside powerhouse talents like Reese Witherspoon and Kerry Washington. "I was crying, screaming, jumping up and down, because it was just really that moment of my dreams coming true," Lexi remembered of landing the role.

In an interview with Popsugar, Lexi sang her costars' praises, referring to them as Miss Kerry and Miss Reese. "Especially Miss Kerry, they've been helping me navigate this business a lot because this is my first time being a series regular. [Washington will] give me some advice. I've asked for tips on directing because I want to be a director when I grow up as well," Lexi said. She added, "Miss Reese has also mentored me through the process of Little Fires Everywhere. She has been kind and generous in giving advice."

The praise goes both ways. In an interview with Access, Washington lauded Lexi's talent and called her "brilliant." This is the young actor's biggest role yet, but she's already been in all aspects of the industry for a while. Her IMDB page shows that Lexi has been professionally acting since 2014 with one-off roles in shows like Code Black, Raven's Home, The Good Doctor, and Criminal Minds. She also had more recurring roles on Disney Channel's Walk the Prank and Netflix's Family Reunion. And if her voice sounds familiar, it may be because she voiced Paige in The David S. Pumpkins Halloween Special based on the Tom Hanks Saturday Night Live character.

According to AirMail, she also toured with The Lion King stage production as Young Nala (even performing on Broadway), directed the documentary short We the Voices of Gen Z, and has even started a production company called Ultimate Dreamer Productions. She's also a talented singer. Little Fires Everywhere may catapult her name into the mainstream, but this seems like only the beginning for Lexi Underwood.

More like this
The Star Of 'Ms. Marvel' Has A Legendary Letterboxd
By Gretchen Smail
Why Sadie Sink Is Hopeful Max Will Return In Stranger Things Season 5
By Brad Witter
6 Mind-Blowing Fan Theories About How Stranger Things Will End
By Kadin Burnett
'Friends' Creator Marta Kauffman Opened Up About Misgendering A Guest Character
By Grace Wehniainen
Get Even More From Bustle — Sign Up For The Newsletter