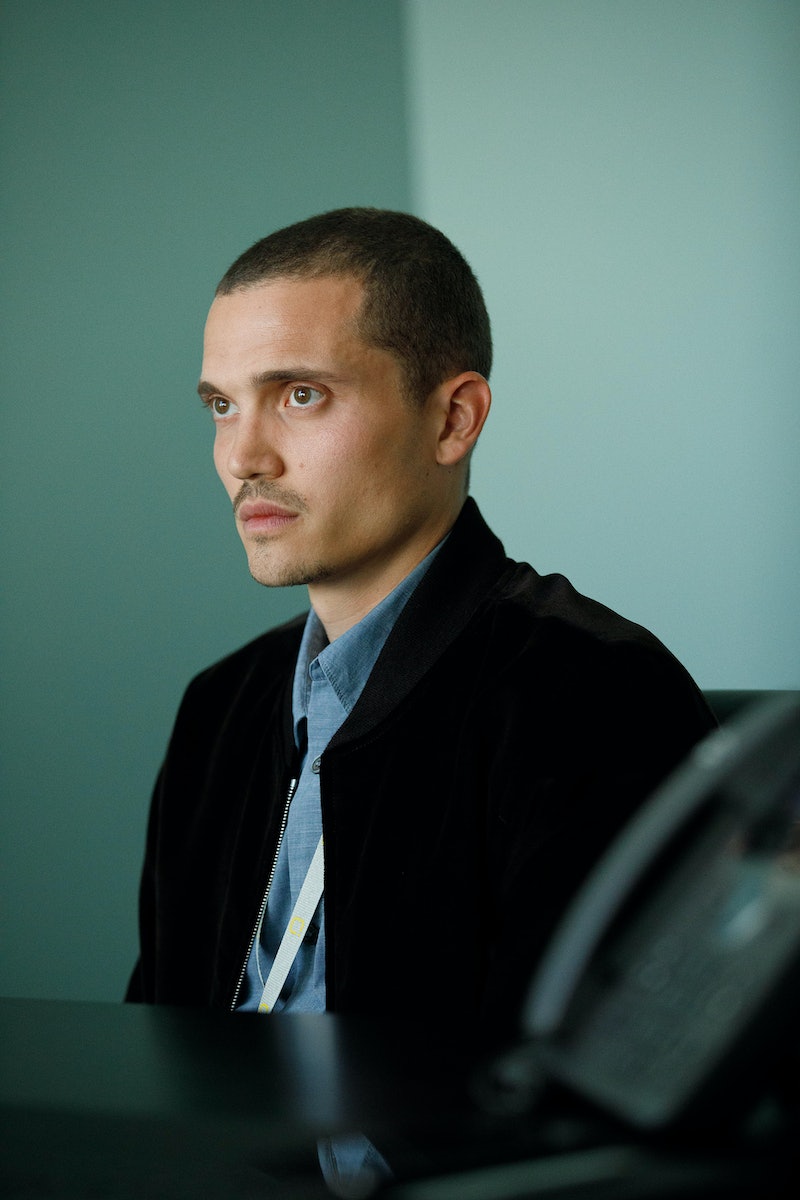 It's not a spoiler that Karl Glusman's Devs character, Sergei, dies in the first episode of the show. Glusman has been talking about it since New York Comic Con last October, and it's mentioned in almost every review of the series. It's Sergei's death that jump starts the series' mysterious chain of events, as his girlfriend Lily (Maniac's Sonoya Mizuno) goes on a quest to uncover the truth about how he died — and whether it was connected to his new top secret job in his company's development division (aka "Devs").

Despite his early demise, Sergei is "figuratively and thematically present the entire rest of the series," Jin Ha, who plays Lily's ex-boyfriend, told ShowbizJunkies at Comic Con. Glusman added that he'll also appear in flashbacks that shed more light on what happened to Sergei.

It's this driving emotional force that helps to ground Devs' more technical aspects. "At its core, the pieces about relationships and loss and love and those are the things that I think most viewers will be able to attach themselves to," Glusman told ShowbizJunkies. He continued that he was initially wary of the role because Sergei read just as "some nerd on the page," but then series creator Alex Garland (Ex Machina, Annhiliation) told him a secret about the character that "made it infinitely more exciting," Glusman teased.

That being said, the actor did explore some of the perhaps less exciting aspects of Sergei's life in order to learn more about his computer engineering career. He told Engadget that he read the book Artificial Intelligence for Dummies as well as spoke with a friend who had worked for the National Security Agency. Still, he emphasized to Den of Geek that he is in "no way a specialist on computer engineering or artificial intelligence."

He is, however, kind of specialist on acting. Glusman has been in the business for a little over a decade now and is married to fellow actor Zoë Kravitz. He's previously appeared in Netflix's Gypsy and several movies including Love, Nocturnal Animals, Stonewall, and The Neon Demon. Critics have already raved about his work in Devs. "When Sergei first gets the offer to join Devs, he's so overcome that he tears up. (Glusman is so good in that moment, delivering hours of backstory without saying a word)," wrote Entertainment Weekly's Kristen Baldwin. See for yourself when Devs premieres March 5.