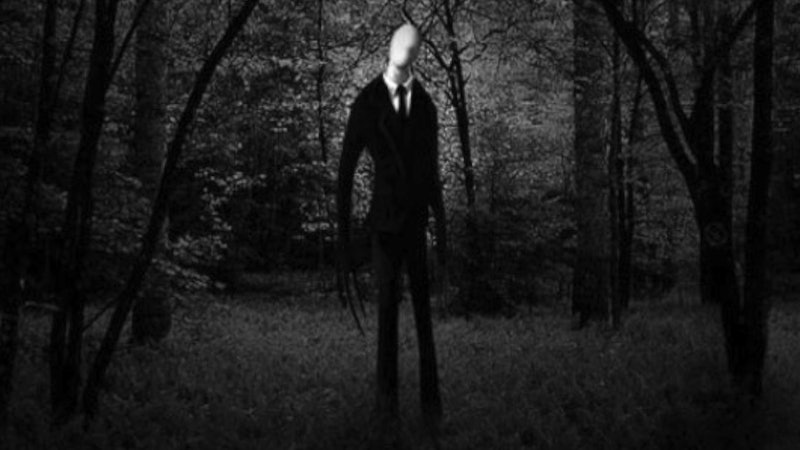 Appearing in the background of photographs and haunting children everywhere, the Slender Man has gone from message board whisper to viral phenomenon to real life tragedy. The faceless terror of internet infamy is now stalking the screen in a new film based on and named after the latter-day legend. Instead of using CGI, the creepypasta apparition jumps from fiction to reality (sort of) with the help of a flesh-and-blood actor who plays Slender Man.

You've probably seen the work of actor Javier Botet before without even realizing it. The 41-year-old has appeared in Insidious, Crimson Peak, Alien: Covenant, The Mummy, the Spanish-language horror film Mama, and 2017's It, just to name a few films. Slathered in effects makeup, the incredibly lanky actor, who has Marfan's syndrome, gives his characters a presence and realism that CGI can't begin to compete with. According to Marfan.org, Marfan's is a genetic disorder that affects the body's connective tissue. Though it varies with each person, among the visual markers of Marfan's are long, slim fingers and a tall, skeletal body, and as it affects joint connections, those with Marfan's can be extremely flexible.

The Hollywood Reporter notes that Botet was always interested in acting despite his condition — in an interview with The Boston Globe, he said that he spent his childhood writing, directing, acting in, and even animating his own films — but he studied fine arts in Granada and initially got a job as a book illustrator. He took a special-effects makeup workshop hoping to meet directors, though, and his plan worked. In the Globe interview, he recalled, "I was very clear in my mind about a workshop being a good opportunity to... show someone that my body was very special, very peculiar and perfect for a specific kind of role."

After Botet asking his teacher about the possibilities for taking on roles specific to his appearance, the teacher admitted he'd thought the exact same thing the moment Botet walked in the class, but wasn't sure if he felt comfortable using his body for those parts. "In that moment," Botet told THR, "I knew very easily that was the beginning of a long-time career as an actor."

He got his first gig only a few weeks later, and has been working nearly nonstop since. In Slender Man he plays the title role — an eerie, faceless figure who stalks and preys on the young. Often pictured in a black suit and tie, Slender Man has a lack of features that makes him terrifying; there are no emotions to read, no apparent way or need to communicate, just appearing without warning. The other creepy element is how Slender Man, born on internet boards, has seemingly leeched into real life. The tragic 2014 stabbing of a 12-year-old girl was blamed on Slender Man by her two classmates responsible, and several other incidents of teens claiming to have seen or be forced to do terrible things by the creature have cropped up since.

The new fictional film follows a similar plot, with a group of friends searching the internet after their friend goes missing and discovering she was obsessed with Slender Man. Trying to find her, they attempt to contact the creature, but as for what happens, you'll have to wait until August 10, when the movie hits theaters.