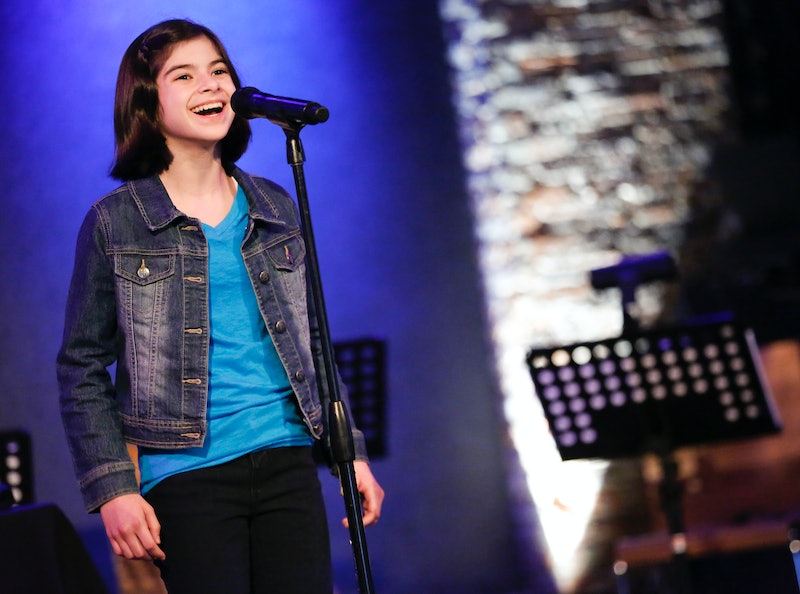 Spoilers ahead for Stranger Things 3. If Stranger Things decided overnight that it the show wanted to become a musical, it would be a surprisingly easy transition for much of the cast. Hear me out: A great deal of the show's core cast has either a background in rock music (Finn Wolfhard and Joe Keery) or musical theater (Gaten Matarazzo and Caleb McLaughlin), and one of the show's newest additions is also no stranger to the stage. Gabby Pizzolo plays Suzie on Stranger Things, a character whose existence is left open to interpretation for most of Season 3 until she's needed the most. And at that point she entices Dustin to perform a duet that hints at both of their Broadway talents.

If you spent most of the season assuming that Suzie wasn't going to show up, then you're probably watching the show exactly how the showrunners intended. Dustin spends much of the season insisting that he has a girlfriend from summer camp, which his friends severely doubt. The reveal that Suzie is real and not made-up is a much-welcomed moment of comedic relief in a tense season finale.

Dustin is finally able to contact her to try and get help in the season's climactic showdown, but she refuses to help until she requests something truly befitting of Dustin's first girlfriend — a walkie-talkie duet of the theme song from The Neverending Story. The duet may not be a show-stopping number, but it is impressive enough to have earned a spot on the official Stranger Things 3 soundtrack. As endearing as their performance of the Neverending Story theme is, however, it's far from representative of the range of Pizzolo's talent.

While Pizzolo may not be a world-known talent, she's plays two of history's most challenging roles for young girls on Broadway stages in the past few years. In 2013, she became one of the many girls who took turns playing Matilda on Broadway and in 2015 took on her most notable stage role yet — Young Alison in the Tony-Award winning production of Fun Home. Pizzolo joined the production as an understudy for the character, taking over performing duties after Sydney Lucas, who originated the role in the Broadway production, left the show. Pizzolo performed the role from October 2015 until the Broadway productions closing in September of 2016.

While Pizzolo may have earned her chops playing some of Broadway's most challenging roles for young actresses, Pizzolo's next career move took her off of the Great White Way and into the world of a formal education. Pizzolo started attending school in her hometown in upstate New York after her run on Fun Home, although that hasn't stopped her from dabbling in show business.

She currently has a voice role on the Nickelodeon show Butterbean's Cafe, and even found time to put on what was likely one of the most impressive high school theater performances of Little Women ever, in which Pizzolo played Beth March. While Pizzolo may not be returning to Broadway any time soon, her continued voice work and her role in Stranger Things suggests she's not looking to stay out of show business entirely — and could even become a larger presence in Stranger Things 4.