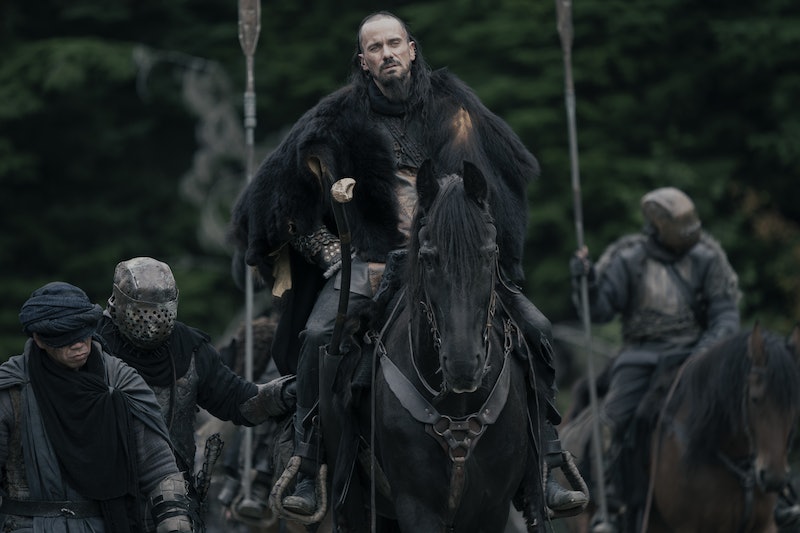 The Apple TV+ series, See, explores what civilization would look like if its inhabitants no longer possessed the sense of sight. But as interesting as the premise may be, it's the characters themselves that may prove to be the most intriguing part of the story, particularly when it comes to Christian Camargo, who plays Tamacti Jun on See. As the military head of Queen Kane's army, Tamacti will help wage war against Jason Momoa's Baba Voss and seek to destroy any child born with the ability to see. Aside from the queen herself, Tamacti has the potential to become one of the main big bads of the series, however, this wouldn't be the first time Camargo has tackled a villainous role.

The costume and wardrobe department of See did an impressive job concocting Camargo's overall look for the show. In fact, the actor himself is almost unrecognizable underneath those battle scars and interesting hairstyle choice. But upon a closer inspection, viewers may recall him from a few other well-known projects, most notably Dexter, where Camargo portrayed The Ice Truck Killer, Brian Moser, who was also revealed to be Dexter's biological older brother. It was a pivotal storyline for the show's first season and Camargo's execution of the role was carried out flawlessly, though it wouldn't be the only bloodthirsty killer the actor would depict throughout his career.

Camargo also assumed the role of Dr. Alexander Sweet on Penny Dreadful, a charming zoologist who was later revealed to be none other than Dracula. So while his character in See may only be shown briefly in the official trailer, Camargo's background credentials imply that he will make for a compelling enemy for Momoa's Baba to be at odds with.

When he isn't acting, though, Camargo appears to be nothing like his on-screen counterparts. His Instagram is covered in photos of his furry friends, including his adorable pup Garth with whom he seems to be incredibly close to.

Apart from See, Dexter, and Penny Dreadful, Camargo's other prominent credits include The Twilight Saga: Breaking Dawn Part 1 and Part 2, Haven, House of Cards, Wormwood, The Good Wife, The Mentalist, and The Hurt Locker. And now that he's about to make his big Apple TV+ debut, Camargo's resume will only continue to grow and allow him to play many more compelling villains in the years to come, both on See and beyond.