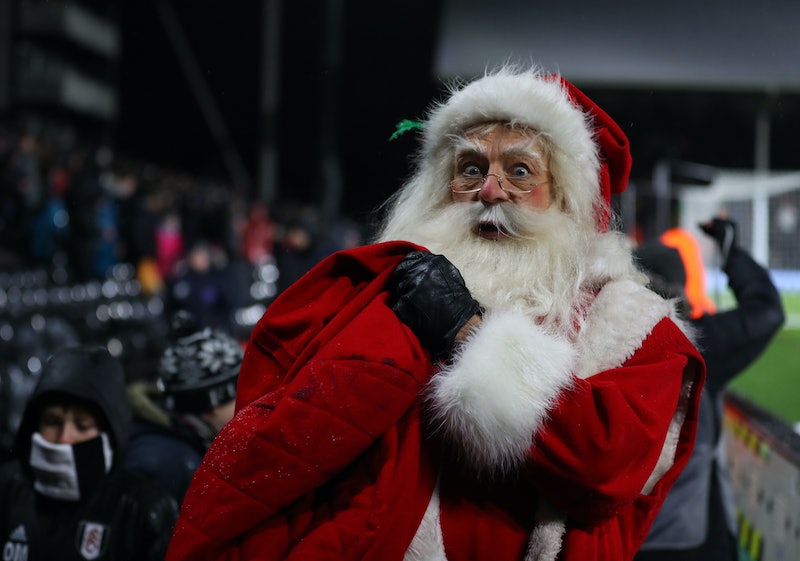 While we may be in the midst of a partial government shutdown with hundreds of thousands of federal employees furloughed or working without pay, there's one government service that won't be disrupted thanks to a little help from some friends in high places. But who runs The Santa Tracker? NORAD's program will continue to keep an eye on St. Nick despite the government shutdown.

The North American Aerospace Defense Command announced Friday that it would continue its 63-year tradition of tracking Santa Claus' gift-laden journey around the world shutdown or no. "In the event of a government shutdown, NORAD will continue with its 63-year tradition of NORAD Tracks Santa on Dec. 24," the agency said in a tweet. "Military personnel who conduct NORAD Tracks Santa are supported by approximately 1,500 volunteers who make the program possible each and every year."

Among those volunteers is First Lady Melania Trump, who, like many first ladies before her, spends at least part of her Christmas Eve helping NORAD field phone calls from curious children eager to know where Santa is delivering gifts. According to The Daily Mail, Melania will once again assist NORAD this year by taking children's calls. It is not yet completely clear if President Donald Trump will join her as he did last year.

According to The North American Aerospace Defense Command, the organization didn't initially intend to ever track Santa. Rather, the NORAD Tracks Santa was born after a Sears newspaper ad encouraging kids to call Santa direct listed the wrong phone number in 1955.

"On Dec. 24, 1955, a call was made to the Continental Air Defense Command (CONAD) Operations Center in Colorado Springs, Colorado," the organization has noted in its history of the program. "However, this call was not from the president or a general. It was from a young child ... following the directions in an advertisement printed in the local paper ... [who] wanted to know the whereabouts of Santa Claus."

NORAD has said that it was Colonel Harry Shoup who ultimately made the decision to have NORAD operators pretend to be Santa Claus for every child that called in that night. "Thus began a tradition carried on by the North American Aerospace Defense Command (NORAD) when it was formed in 1958," the organization has said.

But just how does NORAD track a man capable of delivering gifts to children all around the world in just one night? NORAD claims it uses "infrared sensors from Rudolph's nose" to track the exact location of Santa and his sleigh throughout the night.

Interested parties can log on to the NORAD Tracks Santa website for live updates on Saint Nick's location or call or email the program's volunteers. Who knows, your call just might get answered by the first lady.