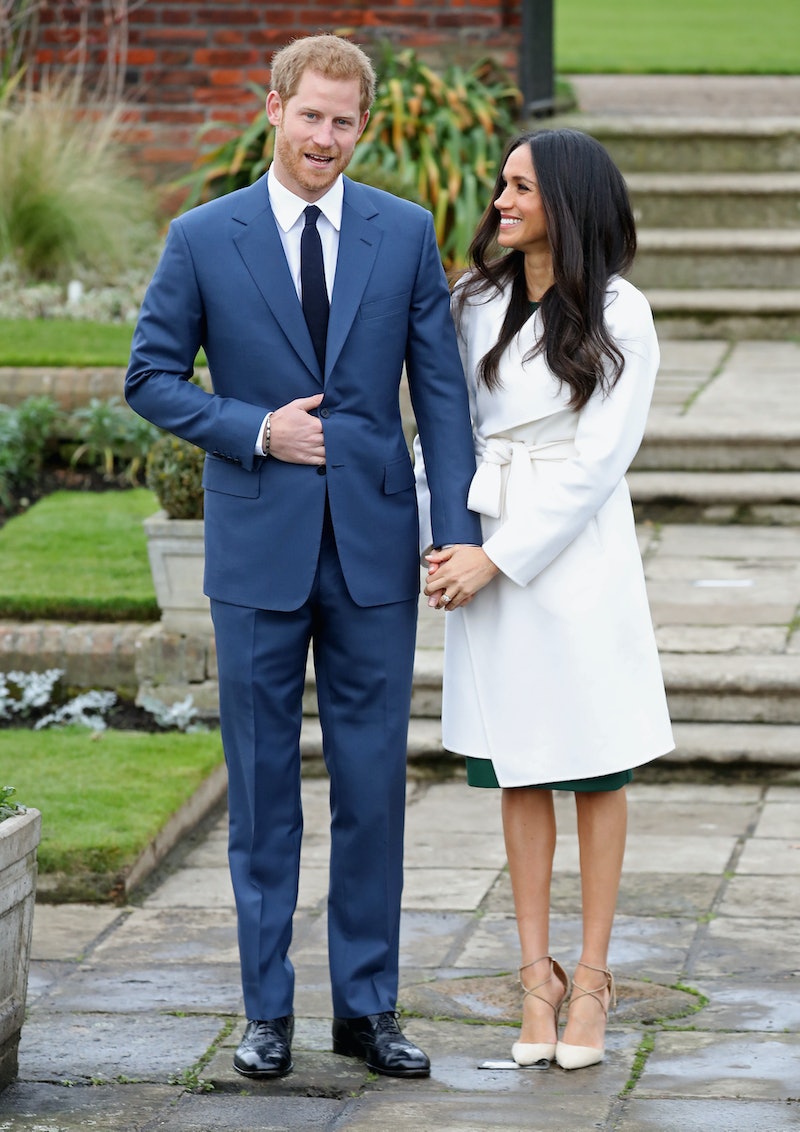 Meghan & Harry: A Royal Romance is Lifetime's upcoming look at the real life fairy tale happening before our eyes in 2018 between His Royal Highness, Prince Harry of Wales and American actor & humanitarian Meghan Markle. One of the questions the film will undoubtably address that has plagued rumor mongers since the who started dating is who set Meghan and Harry up. And while A Royal Romance might not have the answer, as there were a few conflicting theories floating around before fans of the couple finally learned the truth.

“We were introduced by a mutual friend,” Markle initially told the BBC back in 2016 in the couple's first official post-engagement interview. “We should protect her privacy and not reveal too much of that.” But that didn't stop fans. Who was that mutual friend? What kind of high society social circle is that? This question sparked endless speculation.

It was definitely a set-up. It was a blind date. I didn't know much about him, and so the only thing I had asked her when she said she wanted to set us up was, I had one question, I said, 'Was he nice?'

An early guess posited by Vanity Fair was fashion designer Misha Nonoo. This theory truly felt like Nancy Drew's sleuth work. For example, Markle was seen wearing Nonoo's "husband" shirt at the Invictus Games. Could it be a clue? Could the feminine pronoun in Markle's hint be a red herring? Nonoo was a known friend of Markle's and her ex-husband was pals with the prince. This seemed like it could be the answer.

“I’d never, never even heard about her until this friend said ‘Meghan Markle," said Prince Harry in the BBC joint interview. "I was like, ‘Right okay, give me, give me a bit of background, like what’s going on here?’ When I walked into that room and saw her and there she was sitting there, I was like ‘Okay, well I’m going to have to really up my game here.'"

Another potential key figure in their meeting was a man named Markus Anderson, a consultant for Soho House whose circle includes enough famous faces to ensure such a match. He was actually a candidate for the one who brought them together until Markle said "her" in the afore-mentioned BBC interview. Another possibility was Markle's BFF and secret wedding planner Jessica Mulroney, who is a Canadian stylist with powerful connections.

But, in January of 2018, E! News cracked the case of who introduced Harry and Meghan once and for all. It was Violet von Westenholz, a childhood friend of the prince's who had met Meghan in the London high society social scene, and while doing PR work for Ralph Lauren. The story goes that von Westenholz thought they would be perfect together and set them up on a blind date after the Prince had confided in her that, for maybe obvious reasons, he was having trouble making a genuine connection in his romantic life.

Besides her work with Ralph Lauren, von Westenholz is the daughter of Baron Piers von Westenholz, a former Olympic skier. According to The Telegraph, Violet's younger sister Victoria von Westenholz was rumored to be Prince Harry's girlfriend once upon a time. The families seem to be very close. As for her own romantic history, she may or may not have dated James Blunt, according to The Daily Mail.

In the Lifetime movie, Karin Inghammer plays von Westenholz and none of the other rumored mutuals are listed in the cast, so at least we can be certain that the movie gets this part of the story (mostly) correct.

More like this
Pamela Anderson’s Dating & Marriage History Could Be Its Own TV Series
By Jake Viswanath
Who Is Allison Williams Dating After Her Divorce? She’s Engaged With A Child
By Jake Viswanath
At 28, Rosie Perez Risked Her Career To Stop Playing Stereotypes
By Gabrielle Bondi
Here’s Everything Coming To & Leaving Netflix In February
By Jake Viswanath
Get Even More From Bustle — Sign Up For The Newsletter
From hair trends to relationship advice, our daily newsletter has everything you need to sound like a person who’s on TikTok, even if you aren’t.