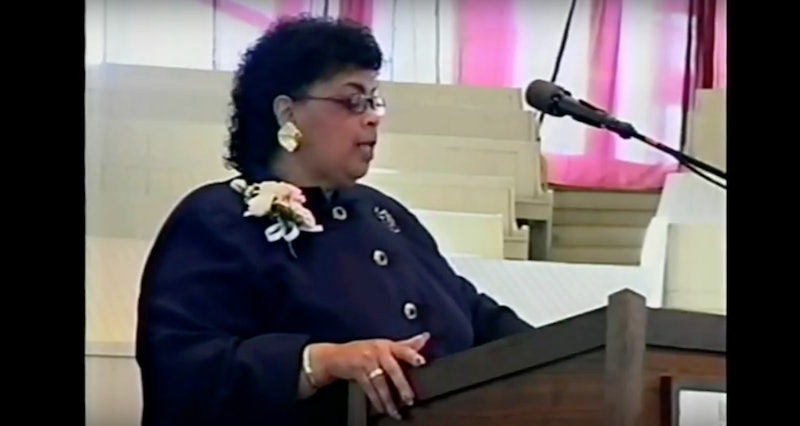 One of the most prominent figures in the legal history of civil rights in the United States has just passed away. Linda Brown of Brown v. Board of Education died on Monday, March 26, at 76 years old. Brown's sister confirmed her death to The Topeka Capital Journal, which was the first outlet to report on the news.

In 1954, Brown won nationwide prominence for her appearance in the landmark Supreme Court decision for Brown v. Board of Education, which unanimously ruled against racial segregation in schools throughout the country. At the time,Brown, who was in third grade, lived an hour away from the all-black Monroe Elementary School in Topeka, Kansas. Given the distance of two miles between her own home and Monroe Elementary School, Brown would have to take the bus. To make her commute easier, Brown's father attempted to enroll his young daughter at Sumner Elementary School, which was closer to the family's residence. But his request was turned away due to the racially segregated makeup of the school; only white students were allowed into Sumner at the time.

Instead of allowing the school to reject his daughter, Brown's father became one of the lead plaintiffs in the National Association for the Advancement of Colored People's case against racially segregated schools in the United States. Brown's father argued in the Brown v. Board case that his daughter be allowed to study at the Sumner Elementary School, which was much closer to Brown's home.

While giving an interview in 1985 for the documentary titled, Eyes on the Prize: America's Civil Rights Years, Brown spoke of her father and said,

One of Brown's friends, Carolyn Campbell, told The Topeka Capital Journal that it was "difficult" for her to be in the center of such a powerful and historic landmark decision. But it didn't deter Brown from speaking about her own experience and her father's dedication to providing her the best education. In the YouTube video shared above, Brown spoke at the Robert H. Jackson Center in 2004 and narrated her own experience as a young student in the 1950s simply trying to go to school during Kansas' harsh winters.

Kansas lawmakers told The Topeka Capital Journal that Brown's impact on America's racial history was endless. Kansas Gov. Jeff Colyer said, "Sixty-four years ago a young girl from Topeka brought a case that ended segregation in public schools in America." Colyer added, "Linda Brown’s life reminds us that sometimes the most unlikely people can have an incredible impact and that by serving our community we can truly change the world." The state's Deputy Education Commissioner, Dale Dennis, told the newspaper that Brown legacy was "unbelievable and insurmountable."

The outlet reported that, back in 2004, Rev. Jesse Jackson also had kind words for Brown, declaring that her name would continue to shine in American history.

God has a way of taking the ordinary people in sub-ordinary positions, exalting them to extraordinary heights and then they become the frame of reference. So Topeka is on the map not because of the richest family in Topeka – nobody knows who that is nor does anybody care. Linda Brown’s name, and her father’s name, will live eternally.