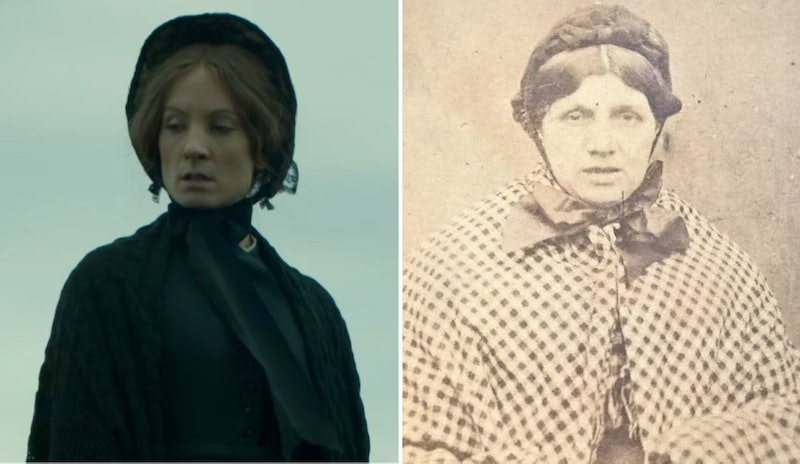 History is filled with people remembered for great things. For building things, changing the world, for being heroes. However, history also remembers those who have done wrong. Those like Mary Ann Cotton, whose life and actions are remembered owing to infamy. But why has she been viewed in history in such a negative light? Who was Mary Ann Cotton, and what crimes did she commit?

As the Telegraph reports, Cotton was born in Durham, North East England on Oct. 31 1832. Yes, as in actual Halloween. A birthdate which is eerily significant considering the path she ended up taking in her life. According to the BBC, Cotton's father worked as a miner and was killed in a mining accident when she was only nine years of age.

Cotton was raised in a hard-working, working-class environment. She worked hard to better herself, but it is her evil deeds that truly helped her rise through the ranks of society. According to the BBC, she is believed to have killed three husbands, ten children, a lover, and her own mother by poisoning. Some of these deaths lead to her receiving healthy insurance payouts. Once her husband and children died, she would simply move a few miles down the road and begin the process again. Her series of murders lasted for an astounding 20 years.

And what was her weapon of choice? Well, according to Encyclopaedia Britannica, it was poison. And, more specifically, arsenic poisoning. In fact, as the BBC reports, it is believed that Cotton would actually brew poisoned tea and serve it to her victims.

Cotton's murderous spree finally ended when she was convicted of the murder of her step son, who was only seven years of age when he died. The conviction led to her being hanged in 1873. So, how did she get caught? Well, as the great maxim goes, "loose lips sink ships." And cotton sank her own.

According to the Telegraph, she was caught out while trying to organise her nuptials to John Quick-Manning — who she planned to be her fifth husband. At the time, Cotton was living with Charles Edwards, her step son and son of her fourth husband. When asked by a parish official if she intended to wed Quick-Manning, Cotton allegedly said: "It might be so but the boy is in the way. Perhaps it won’t matter as I won’t be troubled long."

After poor young Edwards died, the parish official spoke to the police, who eventually started linking everything together. This led to Cotton's trial, conviction, and execution.

ITV produced a drama telling the tale of Cotton called Dark Angel. Cotton is played by the angel-faced Joanne Frogatt — a perfect casting for the complex character with hidden depths.

David Wilson who is a professor of criminology at Birmingham City University, was an adviser on the drama. He is well placed as an expert as he has in fact written a book about Cotton and her crimes called Mary Ann Cotton: Britain’s First Female Serial Killer.

Speaking to the Radio Times about the media depiction of Cotton during her lifetime, Wilson said:

"They monstered her. It was much easier for Victorian sensibility to think of her as not really a woman. She was a monster in human shape."