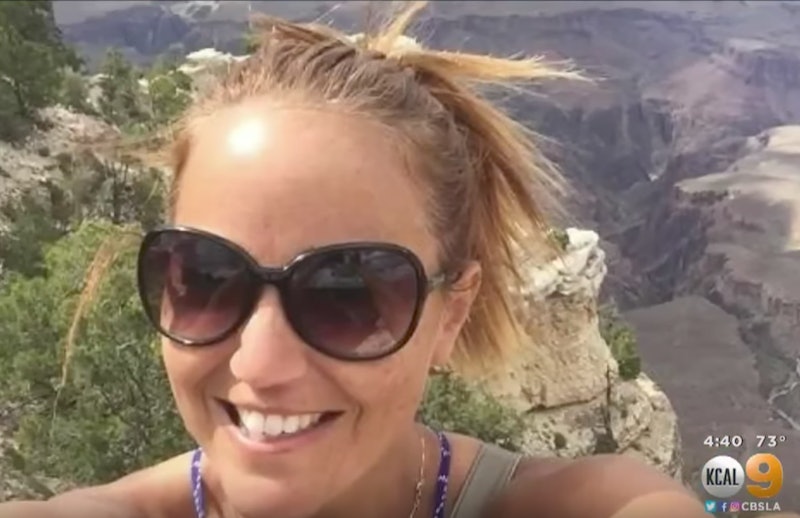 On Sunday night, Las Vegas saw the deadliest mass shooting in recent U.S. history. At least 59 people were killed and over 500 wounded when a gunman opened fire on a crowd of concert goers. The victims had come to see Jason Aldean perform at the Route91 Harvest Festival. One of those tragically killed in the shooting was Sandy Casey, a special education teacher in Manhattan Beach, California, described by her school district's superintendent as "a spectacular teacher who devoted her life to helping some of our most needy students."

Casey had recently gotten engaged to her fiancé, Christopher Willemse. She said yes to his proposal in April, while the two were on vacation together in New Zealand. Casey and Willemse both worked at Manhattan Beach Middle School.

Casey's fiancé Christopher Willemse wrote in a post on Facebook that the "love and support that she and I have received during these trying times just shows how important this wonderful woman truly was. She lived life to the fullest and made me the happiest man in the world."

Casey grew up in Vermont, graduating high school from Burr and Burton Academy. She earned her bachelor's and master's degrees from the College of St. Joseph in Rutland. Fellow Vermonter Sen. Bernie Sanders said in a tweet he was "deeply saddened" by news of Casey's death.

Casey's family released a statement saying, "Her parents ask for prayers and privacy for her sisters, co-workers, students and large extended family."

A GoFundMe page has been started to help with funeral expenses for Casey. As of Tuesday morning, the page had exceeded its $10,000 goal, collecting donations "in efforts to support her family financially during this tragic time."

A photo on Casey's Facebook page shows she changed her profile picture in November 2015, in response to the coordinated terrorist attacks across Paris, France. She overlaid her picture with the French flag.

The mass shooting happened near the Mandalay Bay Resort & Casino on the third and final day of the Route91 Harvest Festival, a country music concert series set up at various locales along the Las Vegas Strip. The gunman has been identified as Stephen Paddock, a 64-year-old man who appears to have worked alone, despite the Islamic State claiming Paddock as one of its members. The FBI has said there is no evidence backing up that assertion.

Within the past 12 months, Paddock purchased at least three guns, according to testimony from a local gun shop manager in Nevada. Christopher Sullivan confirmed to the New York Times that Paddock bought a handgun and two rifles from his Guns & Guitar store.

Paddock used his hotel room as a stockpile for weapons, and targeted concertgoers from above, shooting down from the 32nd story of the Mandalay Bay hotel. Police have found at least 23 weapons in the room, and several pounds of a material used to make explosive devices was later uncovered in Paddock's car.

So far, investigators have suggested the firearms Paddock purchased were obtained legally. He passed background checks. David Famligietti, president of New Frontier Armory, said Paddock had purchased weapons at his store, but told CNN that none of them were "capable of what we've seen and heard in the video without modification."

Little is known about Paddock or what his motivation was for this horrific act of evil. His brother and others have reported Paddock's "love" for gambling, but no family or other acquaintances have noted any suspicious behavior or ideologically questionable actions or comments from Paddock.

For the family and friends of victims, the search for answers is just beginning. Sandy Casey's loved ones mourn the senseless loss of a beloved teacher, fiancée, daughter, sister, and friend.