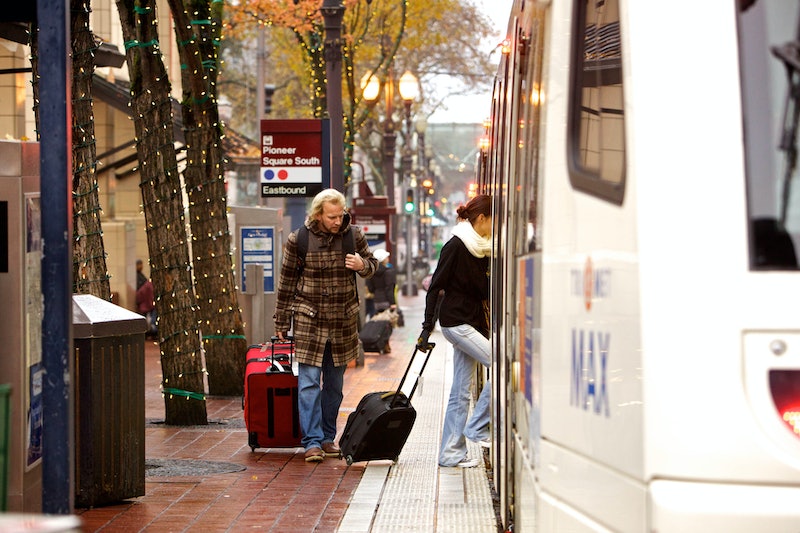 With the community still in shock after the hate-fueled attack on a Portland train, authorities have identified the two men who were killed. Taliesin Myrddin Namkai-Meche, a victim of the Portland stabbing, was 23 years old and a recent graduate of Reed College in Portland. He was murdered alongside Ricky John Best, 53, in the incident.

According to those who knew him, it's not at all surprising that he would have stood up for two young women who were being targeted by the attacker's anti-Muslim rant. The attacker, a known white supremacist, had been yelling racial and ethnic slurs at the two girls, one of whom was wearing a hijab. Namkai-Meche was one of the people who went to try to calm the attacker down, before he was viciously and fatally stabbed.

Namkai-Meche studied economics at Reed, and he was working as an intern at a consultancy firm called Cadmus Group. His mother posted a heart-wrenching tribute to him on her Facebook page, saying:

Taliesin Myrddin Namkai Meche, My dear baby boy passed on yesterday while protecting two young Muslim girls from a racist man on the train in Portland. He was a hero and will remain a hero on the other side of the veil. Shining bright star I love you forever.

According to The Oregonian, Namkai-Meche had taken an Introduction to Islam course at Reed, and his professor Kambiz GhaneaBassiri said that he stood out in particular for his desire to understand how other people see the world. GhaneaBassiri also said that he was a considerate student who always tried to support his classmates.

KATU News also released a statement from Namkai-Meche's aunt, who had been talking to talking to Meche immediately before he was viciously attacked:

Taliesin gave his life to protect two teenage girls who were being abused. I was on the phone when it happened and I heard the hate speech from a white supremacist. I told him to get off the phone with me and videotape what was happening so he could send it to police. I didn’t mean for him to try to be a hero and get himself killed but he was trying to protect those two teenage girls. Taliesin was huge, just look at him, his soul didn’t even fit in his body, so much love. Stop the hate, that is the message, stop the hate. He had his whole life in front of him.

On social media, many mourned Namkai-Meche's death. Some started a GoFundMe campaign in his and the other victim's honor, to Women's March organizer Linda Sarsour and Hillary Clinton, both of whom tweeted about the attack.

Namkai-Meche was a hero of the first order — and he never should have been in danger of losing his life while protect someone from hate. What happened in Portland was a tragedy, and the murders of Namkai-Meche and Best are a horrifying consequence of the country's growing racism and Islamophobia.